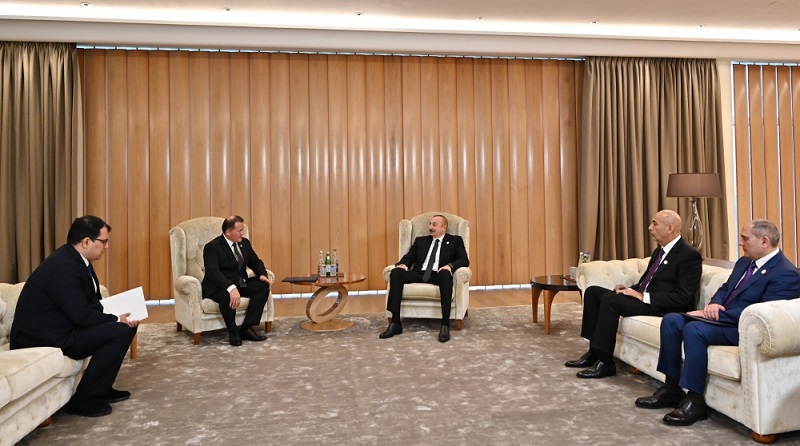 President of the Republic of Azerbaijan Ilham Aliyev has received chairman of the Executive Committee of the Political Council of Liberal Democratic Party of Uzbekistan (UzLiDeP) Aktam Khaitov.

The head of state thanked for the congratulations, and asked Aktam Khaitov to extend his best wishes to the Uzbek President.

During the conversation, the sides hailed the efficiency of cooperation between the New Azerbaijan Party and the Liberal Democratic Party of Uzbekistan and the importance of reciprocal visits.