President: Landscaping work in each settlement should be discussed with local residents 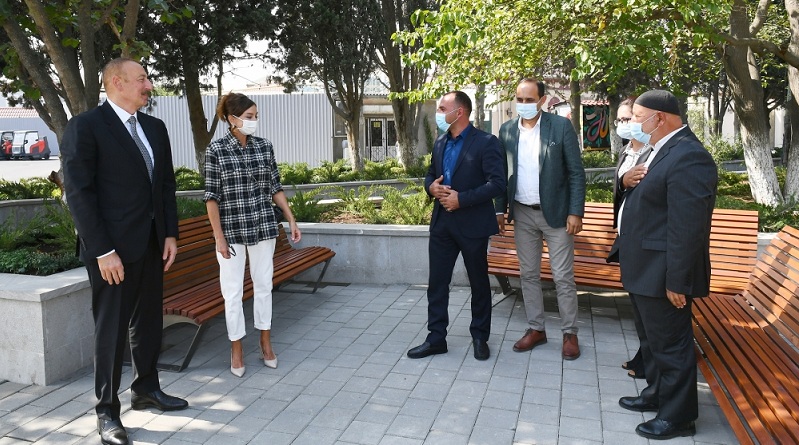 News.Az presents some excerpts from President Ilham Aliyev's conversation with the residents of Balakhani settlement:

“Of course, we have plans for other settlements as well, relevant instructions have already been given. At the initial stage, similar projects will be implemented in about seven to eight settlements. Each settlement has its own architectural style and historical appearance. Therefore, the landscaping work carried out in each settlement, the work being done should be discussed with local residents.”

“First of all, issues of concern to local residents, such as infrastructure, sewage, roofing, repair of buildings, power lines and other day-to-day issues, as well as repair and restoration work, should be carried out with the participation of local residents and on the recommendation of local elders. Because the elders keep the history of these villages alive, they are living witnesses of that history. At the same time, the younger generation is joining in, so that each village has its own appearance.”

“I have said this many times, back when I started my activities as president, that we must turn ‘black gold’ into human capital. This is it – “black gold” is human capital. We have used oil revenues for the well-being, health, comfort and safety of the people, and today I can say that we are among the world's leading oil-rich countries for this policy.”