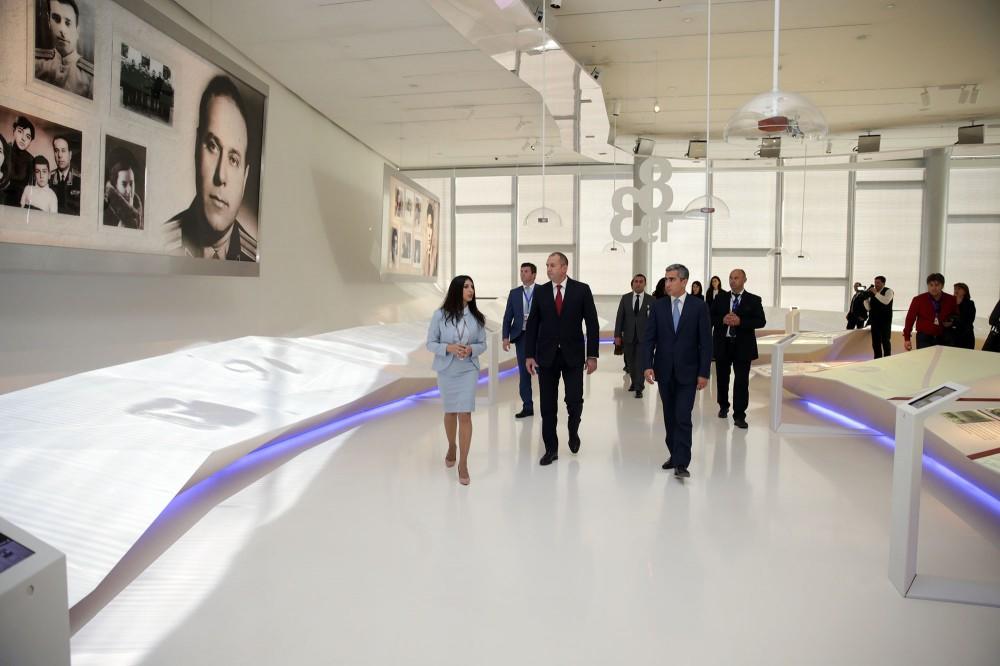 President of the Republic of Bulgaria Rumen Radev and his wife Desislava Radeva have visited the Heydar Aliyev Center.

They were informed that the center is a cultural complex designed by Iraqi-British architect Zaha Hadid, Trend reports.

The Center houses a conference hall with three auditoriums, a library and a museum.

The project is intended to play an integral role in the intellectual life of the city. Located close to the city center, the site plays a pivotal role in the redevelopment of Baku. The Center is engaged in studying and promoting the statehood policy and heritage of national leader Heydar Aliyev.

The president and his spouse were told that the Center implements projects to popularize history and culture of Azerbaijan all over the world.

An internationally recognized architectural work, the building of the Heydar Aliyev Center has become a signature landmark of modern Baku due to its innovative and cutting-edge design. The building was nominated for awards in 2013 at both the World Architecture Festival and the biennial Inside Festival.

President Rumen Radev signed the guest book of the Center.