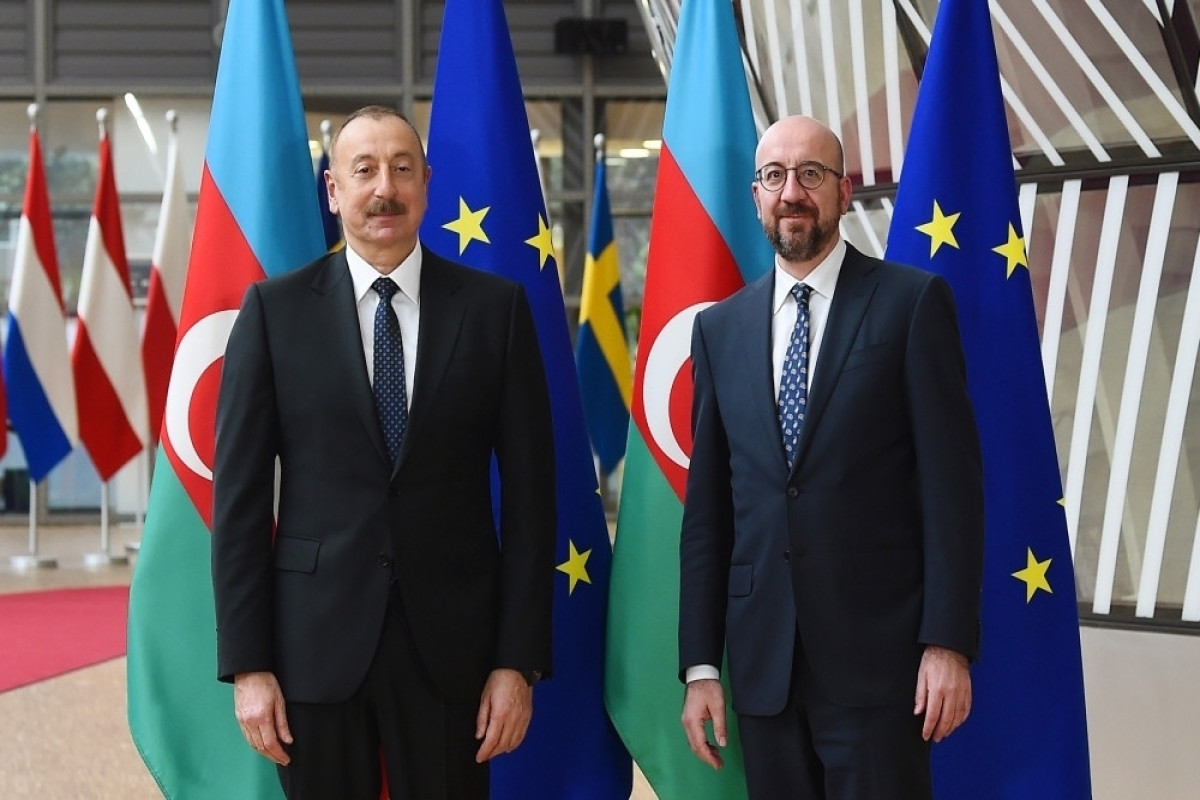 During the phone conversation, Charles Michel expressed his concern over the tensions that had broken out in the region lately. He emphasized that the European Union would continue its efforts to ensure lasting peace and stability in the region in accordance with the Brussels peace agenda.

President Ilham Aliyev noted that Armenia had once again committed military provocation on the territory of Azerbaijan with a temporary presence of Russian peacekeeping forces. As a result, an Azerbaijani serviceman was killed. Emphasizing that this provocation had been thwarted thanks to the measures taken by Azerbaijan’s Armed Forces, the head of state said that responsibility for the tension lay squarely with Armenia.

President Ilham Aliyev noted that, contrary to the provisions of the Statement dated 10 November 2020, Armenia had not withdrawn its troops stationed in the Karabakh region of Azerbaijan from the country`s territories. Noting that Armenia’s illegal military formations continued to be present in Azerbaijani territories, the head of state said that Armenia had failed to fulfill its obligations under the 10 November Statement for almost two years.

The head of state also emphasized that the route of a road alternative to the Lachin Corridor had been determined as per agreement reached with the Russian Defense Ministry in accordance with the provisions of the trilateral Statement, that the construction of this road by Azerbaijan was nearing completion and that Russian peacekeeping forces would be deployed on that road after its construction was completed.

During the telephone conversation, the sides also discussed issues related to the prospects for cooperation between Azerbaijan and the European Union.