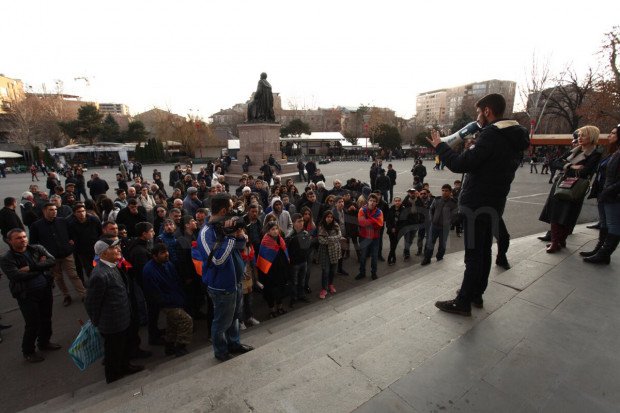 Rally is held in Liberty Square of downtown Yerevan in memory of “Food Provider” Artur Sargsyan.

Although Sargsyan was on Wednesday interred in Shahumyan cemetery, the protest organizer Shahen Harutyunyan and his friends continue the protests and the sit-in in Liberty Square.

According to Armenian News - NEWS.am reporter, the number of rally participants in the square is too little as compared to the previous days.

Shahen Harutyunyan announced by loudspeaker that they will continue the protests although not many people attend them. “People aware of their rights don’t come here but demand valuable struggle on Facebook. Don’t justify yourself by not coming, say that you don’t want to struggle,” the activist said, noting that they are admonished for “monotonous” struggle.