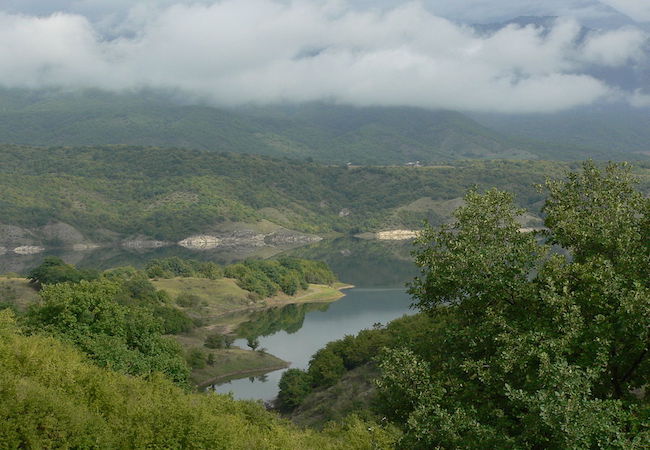 News.Az presents the article by Esmira Jafarova, a Board Member of the Center of Analysis of International Relations, Baku, Azerbaijan.

For three decades, Azerbaijan kept appealing to the international community about the problem of the occupation of its territories by neighboring Armenia. For nearly thirty years after the independence of these post-Soviet republics, Armenia kept about twenty percent of Azerbaijani territories under its occupation. These included the Nagorno-Karabakh region and seven adjacent districts. International mediation efforts under the auspices of the OSCE Minsk Group did not yield any tangible results and the four resolutions of the UN Security Council (822, 853, 874 and 884) demanding the full and unconditional withdrawal of all occupying forces from Azerbaijani territories were flouted by Armenia for many years.

Over time, Azerbaijan openly expressed its disappointment with, and exasperation over, this state of affairs while Armenia merely feigned engagement in the peace talks without any genuine intent to withdraw from the occupied territories, thus eating up the time. Meanwhile, nothing changed. The meagre progress that was achieved during the negotiation process and that resulted in the formulation of the “basic principles” in 2006 and, later, the so-called “Madrid principles” in 2007–2009 was, after a decade brought to naught when Armenia’s revolutionary Prime Minster, Nikol Pashinhyan, declared in early 2020 that he did not recognize any document whatsoever, prior to his own tenure starting, as guiding principles for solving the conflict. This effectively amounted to the unilateral rejection of the mediators’ work and also of the peace talks.

September 27 to November 10, 2020, became a fateful time in this context. Having suffered great disappointment with Armenia’s disregard for international law, unconstructive stance in peace negotiations, and periodic ceasefire violations, especially after the July clashes in Tovuz, Azerbaijan finally embarked on a counteroffensive in response to a new attack initiated by Armenia. The Second Karabakh War lasted for 44 days. In that time, Azerbaijan managed to restore its territorial integrity.

Leaving aside all the technicalities of the November 10 agreement between Armenia, Azerbaijan, and Russia that ended the war and necessitated the deployment of Russian peacekeepers in Karabakh, I would now like to look beyond.

The restoration of Azerbaijan’s territorial integrity comprises opportunities for, as well as drains on, Azerbaijan’s economy. In its budget for 2021, Azerbaijan has allocated over 2 billion manats to rebuilding and reconstruction work in the liberated areas, and apparently this represents only a fraction of the amount that might actually be required for this gargantuan task.

The clearing of the territories of the landmines that were planted there by Armenia during the years of occupation is a critical security issue and Azerbaijani experts have already claimed that it might take many years, up to over a decade, to completely neutralize the contaminated areas. This task is further complicated by Armenia’s refusal to hand over maps of the minefields to Azerbaijan.

All of these challenges notwithstanding, Azerbaijan is bent on carrying out the reconstruction work in its liberated territories, and the idea is to rebuild those territories as “smart” cities and villages. The first pilot project for this is to be carried out in Aghali village of the liberated Zangilan district. In addition to rebuilding the cities and villages themselves, there are plans for the construction of new roads and railroads, and new airports are also in the pipeline. New international airports in the liberated Fizuli and Zangilan districts are under construction, along with the Horadiz–Zangilan–Aghband railroad.

The liberated areas have been declared green energy zones, with great renewable energy potential. The Gulabird hydropower station in Lachin district was quickly rebuilt and dozens of hydropower stations are to be reconstructed in Lachin and Kalbajar districts alone; the Khudafarin and Qiz Qalasi hydropower stations on the Araz river will be rebuilt and, in all, 240 MW of power generation capacity will soon be created in the liberated territories. Of all Azerbaijan’s water resources, 25 percent belong to Karabakh and the other liberated territories. This is a large number, which once again testifies to both the opportunities and the works required in this regard.

Reconstruction work is thus demonstrably in full swing. The restoration of Azerbaijan’s territorial integrity now goes hand in hand with clearing landmines and Azerbaijan’s big plans regarding the rebuilding of these territories.

However, the restoration of Azerbaijan’s territorial integrity and ongoing plans for reconstruction are happening in parallel with the equally complex task of forging reconciliation with neighboring Armenia and reintegrating Karabakh’s Armenian population.

The November 10 declaration ended the war and launched new perspectives on cooperation and peace in the South Caucasus. Article 9 entails the opening of all economic and transport communications in the region, and those between Armenia and Azerbaijan first and foremost. The first interactions and preparations among the three parties towards the establishment of the “Zangazur corridor” have already happened, and Azerbaijan has announced that the construction of the Azerbaijani part of the corridor could be finished quite soon.

The opening of all communications in the region and fostering of fully inclusive regional cooperation may finally usher in the long-awaited peace and stability – a Pax Caucasia – in the South Caucasus. Moreover, the Azerbaijani side has also repeatedly made clear that it views this historic opportunity as a chance for reconciliation between the two nations. This belief is manifest in the many post-war concessions made by Azerbaijan towards Armenia, for example, agreeing to the usage of the Gorus–Kafan highway by the Armenian population, allowing humanitarian aid to the Armenian population in Karabakh, enabling the transfer of Russian gas to Armenia via Azerbaijani territory, and returning significant numbers of bodies, as well as detainees, to Armenia all testify to Azerbaijan’s determination to slowly but surely work towards reconciliation between the erstwhile enemies. However, revanchist thoughts and slogans still percolating through Armenian society are not helping this cause; quite the contrary, they are throwing a wrench into the works of all the efforts in this direction.

The restoration of Azerbaijan’s territorial integrity, reconstruction work, and reconciliation efforts with Armenia are also intended to happen in parallel with the reintegration of Karabakh’s Armenian population into the rest of Azerbaijan. Azerbaijan declared from the outset that it sees the Armenian population of Karabakh as its own citizens and will do its utmost for their reintegration. Azerbaijani citizens of Armenian origin resided in the country during both Soviet times and the years of occupation, and they continue to do so even today. The fate of Karabakh Armenians should be no different from now on. As the President of Azerbaijan, Mr. Ilham Aliyev, has repeatedly stated, Azerbaijan views the Armenian population of Karabakh as its citizens and is ready to do its best to facilitate their reintegration into Azerbaijani society. A message of reintegration and related efforts are currently prevalent in Azerbaijan’s post-conflict rehabilitation works. Nevertheless, Azerbaijanis are also mindful that this is a delicate process and should happen with due regard to sensitivities on the part of both Armenians and Azerbaijanis. Emotional and other related challenges to this process notwithstanding, Azerbaijan strongly believes in the irreversibility of this process and is determined to make things work.

The restoration of Azerbaijan’s territorial integrity has opened up new horizons for the country as it currently plunges into the process of reconstruction. These works, however, are definitely not happening in isolation from the concomitant efforts towards reconciliation with Armenia and reintegration of Karabakh’s Armenian population. However, “it takes two to tango,” as they say, and therefore both parties should be equally interested in making efforts towards reconciliation and facilitating the process of reintegration.