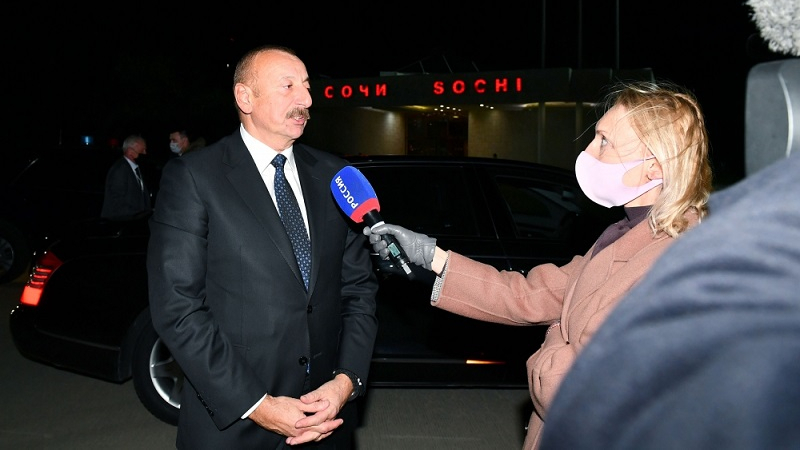 Russia plays a very important role in the normalization of relations between Armenia and Azerbaijan, President of Azerbaijan Ilham Aliyev said in an interview with Rossiya-1 TV channel.

“The Kremlin. Putin. Moscow” program, aired on Russia's Rossiya-1 TV channel, on November 28, broadcast an interview with President of the Republic of Azerbaijan Ilham Aliyev at the Sochi airport taken during the President’s working visit to the Russian Federation.

Commenting on Moscow’s role in the normalization of Yerevan-Baku ties and the results of the Sochi meeting, President Aliyev said. “We view this very positively in Azerbaijan. I said this at today's meeting. Russia plays a very important role in the normalization of relations between Armenia and Azerbaijan. This is evidenced by the Joint Statement adopted at the end of the meeting on the steps taken to open transport networks and prepare the delimitation commission for work. Azerbaijan has repeatedly raised all these issues and Russia has always supported them. Therefore, today's meeting is very important.”