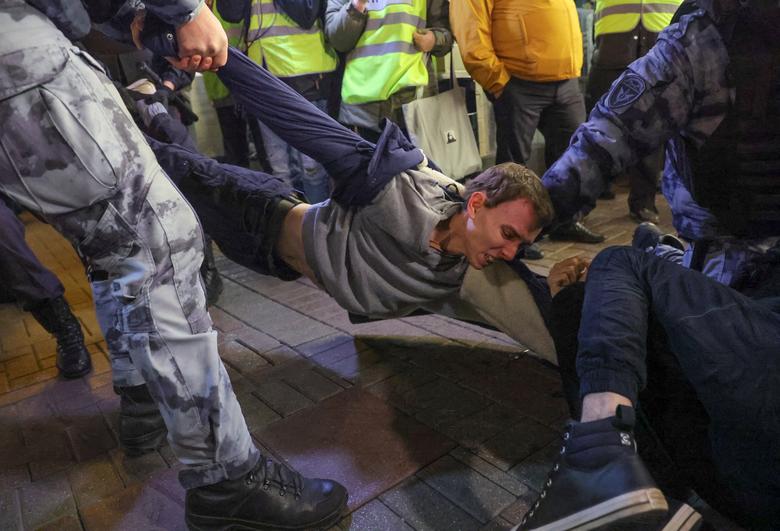 Several hundred people have been detained across Russia on Wednesday as rallies against a military mobilization declared by President Vladimir Putin for the war in Ukraine took place in areas from the Far East to the capital Moscow, News.az reports citing JPost.

According to the independent OVD-Info police monitor, at least 525 protesters have been detained nationwide so far with at least half of the count recorded in the capital Moscow.

The Vesna opposition movement as well as supporters of jailed Kremlin critic Alexei Navalny called on Russians nationwide to take to the streets on Wednesday evening to oppose the Kremlin’s decision to bolster its forces in Ukraine with a “partial” mobilization.

The first protests took place across cities in Siberia and the Far East, where dozens were arrested, often just minutes after the rallies began, according to local reports.

Protesters in Ulan-Ude were seen carrying handwritten signs reading “No war! No mobilization!” and “Our husbands, fathers and brothers don’t want to kill other husbands and fathers.”