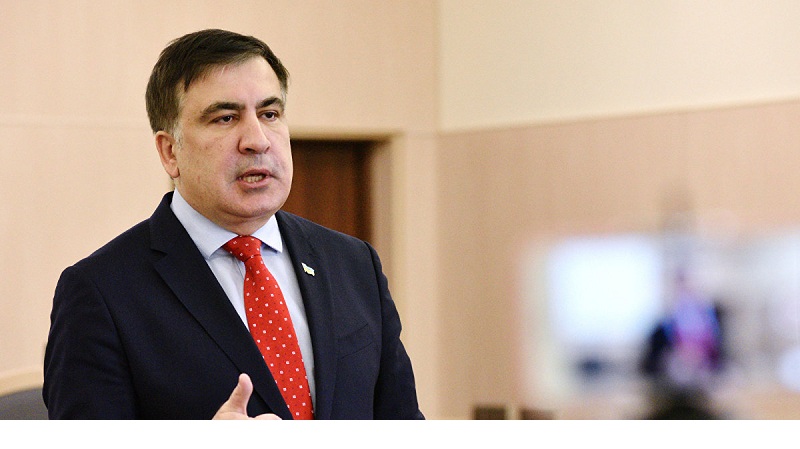 Jailed ex-president of Georgia Mikheil Saakashvili said he would stop the hunger strike if transferred to a multifunctional hospital for post-hunger rehabilitation, according to 1tv.ge.

Saakashvili’s lawyer Nika Gvaramia read the ex-president’s letter to the media, citing Saakashvili as saying that he would consider the Strasbourg Court decision.

“The post-hunger strike rehabilitation process is harder than managing the hunger strike, while there are neither equipment nor qualified medical personnel at the Gldani prison infirmary,” Saakashvili said in the letter.

Ex-president further said he could hardly trust the staff torturing him and continue releasing video footage depicting violence. Saakashvili stressed having no security guarantees at the Gldani Prison either.

Saakashvili referred to the Strasbourg Court decision, which ruled the authorities should ensure his safety in prison and provide him with appropriate medical care for the post-hunger strike recovery period.

“If I obey the decision, the government has to do the same,” Saakashvili said.

In the same letter, Mikheil Saakashvili called on Droa party leader Elene Khoshtaria, hunger-striking in the parliament building since November 3 in solidarity with him, to call it off.

On November 10, the Strasbourg-based European Court of Human Rights (ECHR) urged the ex-president to call off his hunger strike. The Court further decided that the Government should ensure his safety in prison and provide him with appropriate medical care for the post-hunger strike recovery period.

Law enforcers arrested Mikheil Saakashvili in the Georgian capital of Tbilisi on October 1. He has been on a hunger strike since the very first day of his arrest.