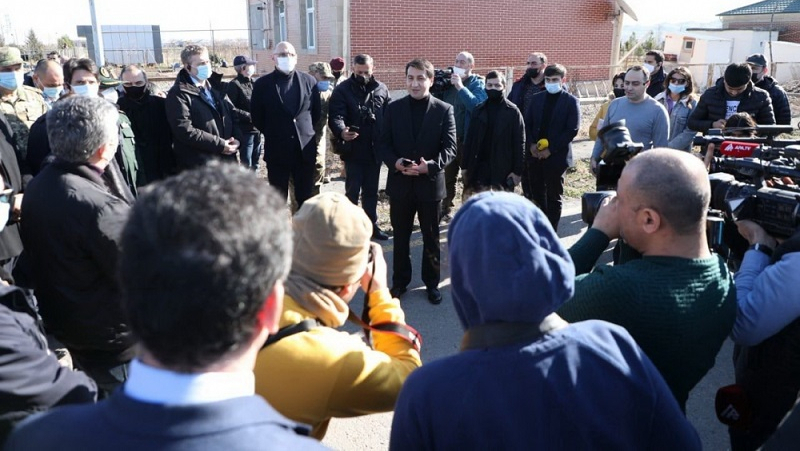 Hajiyev made the remark during a visit to Jojug Marjanli village, together with representatives of the diplomatic corps accredited in Azerbaijan.

“We even visited this village in February 2017 with representatives of the diplomatic corps. It was completely destroyed. We saw the same destruction in other liberated lands of Azerbaijan, and today, during our visit to Jabrayil and Zangilan, we will see similar destruction again,” Hajiyev noted.

“But, as is seen, in a very short time, that is, in 2017-2018, Jojug Marjanli village was rebuilt. The reconstruction of the village has become a symbol of the determination to return the Azerbaijani people,” Hajiyev added.