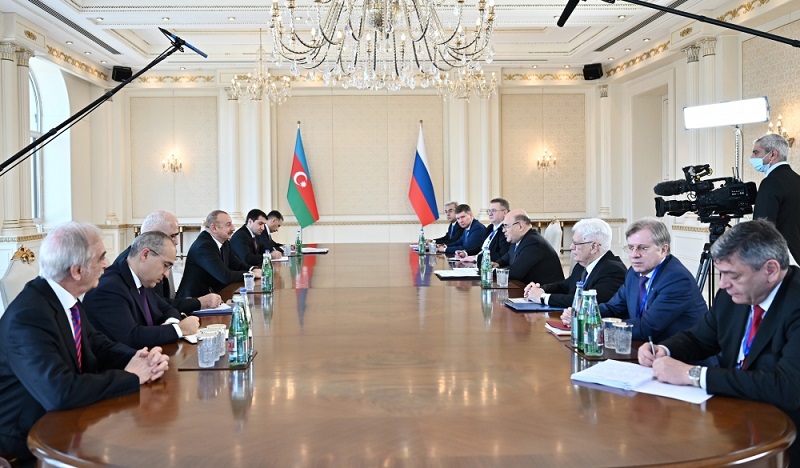 Russia and Azerbaijan have been actively investing in transport and logistical infrastructure in our countries for many years, Azerbaijan’s President Ilham Aliyev said as he made a speech at an expanded meeting with Russian Prime Minsiter Mikhail Mishustin, News.Az reports.

The head of state stressed that strengthening the potential of transport corridors, primarily North-South, will be in the interests of all countries involved in this project and will open up additional prospects, including those for business.

President Aliyev hailed the fact that the number of flights is growing rapidly.

“We have more than 130 flights a week, which means that we have practically reached the highest rate. The tourist flow from Russia is also growing. This year, there was growth of around 80 percent – of course, there was also a drop due to the pandemic. We have not yet reached the pre-pandemic level, but I think we will. Taking into account the friendly relations between our countries, taking into account the fact that the Declaration on Allied Interaction was signed this year and we repeatedly demonstrated the allied nature of our relations throughout the year, taking into account the fact that we expect to significantly expand the agenda of trade and economic cooperation, I think that the number of flights will grow,” the Azerbaijani leader added.