The Jerusalem Post: Azerbaijan – a true, reliable strategic partner of Israel in the world 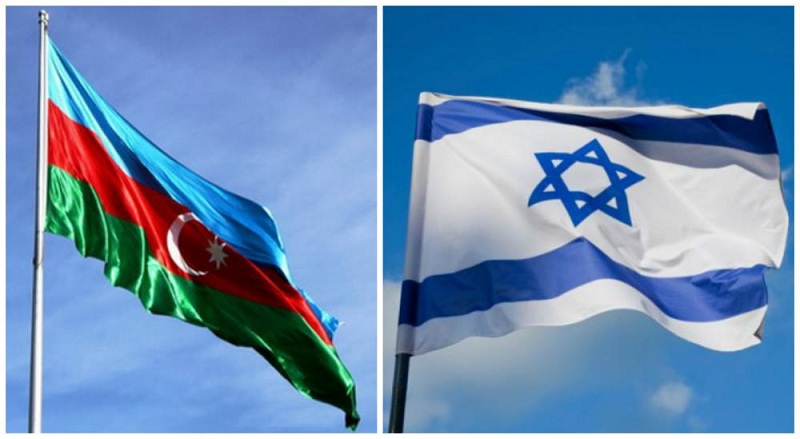 The Jerusalem Post has published an article, titled “Azerbaijan: a true and reliable strategic partner of Israel in the world.”

"I have seen the article by Alex Galitsky about “false narrative” concerning Israeli-Azerbaijani relations and Azerbaijan’s tolerance (“Israel should rethink its relationship with Azerbaijan,” July 21). This article is a manifestation of weakness, panic and great envy concerning strategic Israel-Azerbaijan relationship.

However, in contrast to envy and hatred that we note in Galitsky’s article, we have serious facts and evidence.

Israel-Azerbaijan partnership has evolved through the two countries’ robust cooperation in various dimensions. Israel was one of the first countries to recognize a sovereign Azerbaijan. No country in Eurasia has closer or friendlier ties with Israel than Azerbaijan. First, Israel-Azerbaijan relations are of the strategic and military-technical partnership nature, held at the highest intergovernmental level of trust and ongoing mutual dialogue. Today, this strategic partnership is diversified into other sectors of the economy, including agriculture, hi-tech, healthcare and military-technical partnership. It should be emphasized that in the world’s marketplace, the State of Israel is one of Azerbaijan’s major strategic oil buyers.

Azerbaijan, a predominantly Shi’ite country, is also home to other ethnic and religious groups, including ancient Zoroastrian, Christian and Jewish communities. Respect and tolerance for national minorities have played a vital role in the development of the country from the days of the Silk Road to the present.

Azerbaijan experienced the biggest test after the collapse of the USSR; it was during this period that the tolerance of the Azerbaijani people was tested for strength. Armenia, well aware of the centuries-old experience of Azerbaijan’s tolerance for national minorities on its territory, exploited the weakening of the central government of the USSR and political instability in Azerbaijan, and unleashed a war against the peace-loving and tolerant Azerbaijan. As a result of the war imposed on Azerbaijan, Armenia occupied Nagorno-Karabakh and seven adjacent regions, and more than one million Azerbaijanis became internally displaced persons and refugees. The entire territory of the invaded lands is almost 13 times the area of Los Angeles, or bigger than the US State of Connecticut.

The OSCE fact-finding missions have permanently reported on the destruction of cultural heritage in occupied territories of Azerbaijan. That includes Azerbaijan looting of museums, destruction of monuments of historical, cultural and religious significance, attempts at changing the facts on the ground. The sole aim of this policy, which continues to this day, is to rewrite the history of the occupied regions on the basis of falsified sources.

Despite the terrible bloody conflict, Azerbaijani society has preserved and even strengthened the values of tolerance and multiculturalism. Azerbaijan’s participation in the process of negotiations on the Karabakh issue is a manifestation of tolerance. The country, which has lost 20% of its territory, has been sitting at the negotiating table with the occupying country for more than 25 years. Isn’t that a sign of tolerance? Doesn’t this country have the right to liberate its territories? Today, the Azerbaijani system of multiculturalism has been able to withstand the test of strength, maintain true harmony and dialogue between religions and ethnic groups in Azerbaijan. Using the example of Jews, I want to say that Azerbaijanis have never considered Jews to be foreigners.

For 2,600 years, the Jewish people have never faced harassment, insults, pogroms and antisemitic actions on the territory of modern Azerbaijan. Every Jew who has ever been to Azerbaijan can confirm that Jews living there can safely attend the synagogue without going through security cordon, walking around the city in national clothes and hats. To do the same even in some developed Western countries today, is almost impossible and very dangerous.

We do not interfere in the sovereign rights of peoples to interpret our history, historical past and perpetuate the memory of our national heroes. However, we should not be silent when people involved in the monstrous crimes of the Holocaust turn into national heroes. From my point of view, the installation of a monument for Garagen Nzhdeh in Yerevan once again confirms that a large-scale cult of these fascists has been created in modern Armenia, destroying both representatives of my people and Soviet soldiers.

As an Israeli citizen, I can only proudly say that the leadership of Azerbaijan and personally of Aliyev demonstrate a great degree of respect and reverence for Jewish community. Under the patronage of President Ilham Aliyev, two synagogues, and the largest Jewish educational center in the South Caucasus have been built. The first Azerbaijani Jewish museum is planned to be created, which will be the first Jewish museum in the South Caucasus.

The world-famous village of Krasnaya Sloboda, Guba region – “Caucasian Jerusalem” in the north of Azerbaijan, which is considered the only settlement of compact Mountain Jews outside of Israel, is the real pride of Azerbaijan. Jews and Azerbaijanis have lived peacefully, harmoniously, like brothers in this region.

The State of Israel also highly appreciates the role of the Azerbaijani leadership in relation to the Jewish community. Without this tradition of respect and partnership, close bilateral relations between Azerbaijan and Israel hardly existed.

Relations between the two, as well as between Azerbaijan and Azerbaijani Jews, cannot be explained by simple mutual interest. Common values and common history permeate modern interstate relations. Both countries are enriched with human ties and determination to live in diverse and religiously tolerant societies.