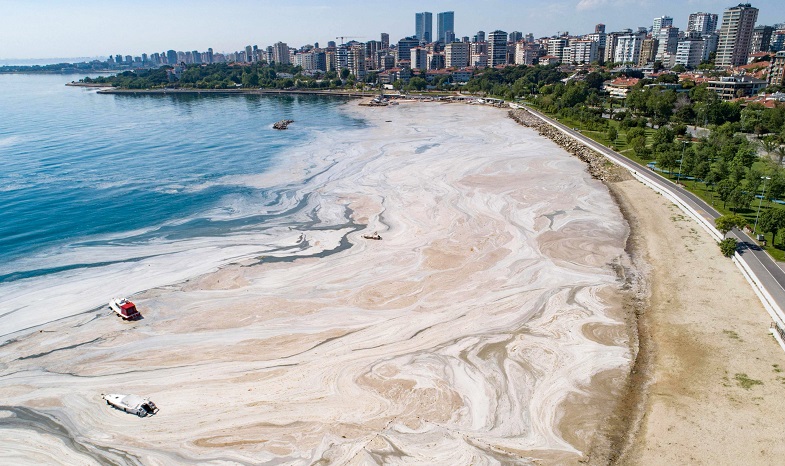 Turkey launched on Tuesday a campaign to remove mucilage, also known as "sea snot," from the Marmara Sea,  Xinhua reports.

Environment and Urbanization Minister Murat Kurum inaugurated the campaign in the Caddebostan beach on the shores of the Marmara Sea in the country's largest city Istanbul.

"We are starting Turkey's largest and most comprehensive sea cleaning campaign to eliminate the mucilage problem that threatens all sea creatures and the entire ecological life," Kurum said.

The minister also stated that his ministry plans to declare the Marmara Sea a protected area until the end of 2021.