Turkey to share its homegrown COVID-19 vaccine Turkovac with all of humanity: President 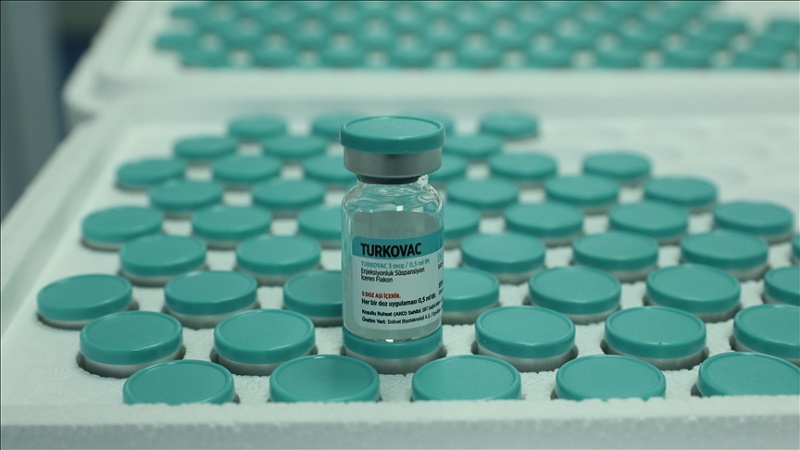 “Turkey has become one of the nine countries that can produce a COVID-19 vaccine. We tested both the efficacy and safety of our vaccine and after making sure, we made it available to humanity,” Recep Tayyip Erdogan told news channel A Haber.

“I know some of our citizens waited for our own product to get vaccinated,” said Erdogan as he urged those who are not vaccinated to make appointments to get the Turkovac shots.

Underlining that the Turkish vaccine has proven its protective effect in studies that have been carried out, Erdogan said Turkovac will be made available first to Turkish citizens and then Turkey will share it with countries that have difficulties obtaining them.

During last week’s Third Turkey-Africa Partnership Summit, Turkey received strong demand from the leaders of African nations, said Erdogan, adding that Ankara wants to meet all of those demands.

Since early in the vaccine's development, Erdogan vowed to make it available globally, saying it will be used to benefit all of humanity.

After months of development and tests, Turkey announced Wednesday that the homegrown vaccine was approved for emergency use.

"As of today, we have become one of nine countries producing a COVID-19 vaccine," said Health Minister Fahrettin Koca.

It will be in widespread use as of next week, he added.

Turkey has administered more than 128.07 million doses of coronavirus vaccines since it launched an immunization drive this January, according to official figures.