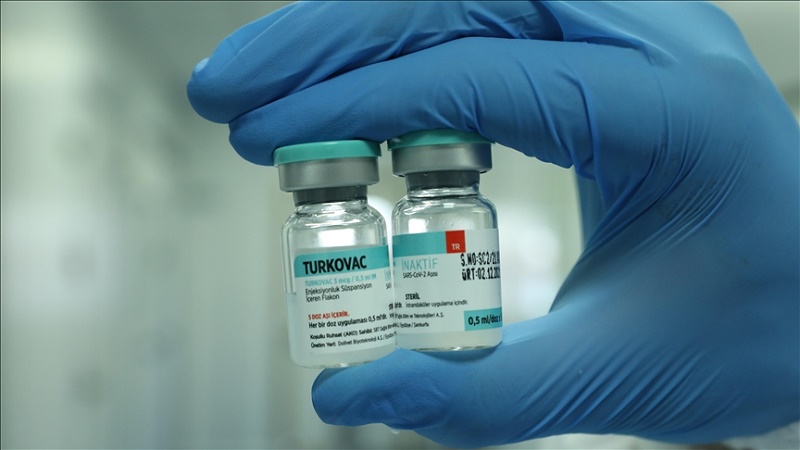 Turkey quickly took action once the country’s first coronavirus case was reported in March 2020 and launched studies to develop its first vaccine to combat the outbreak.

Among the vaccine studies supported by the Presidency of Turkish Health Institutes (TUSEB) and the Scientific and Technological Research Council of Turkey (TUBITAK), the inactive vaccine developed by Erciyes University showed the fastest progress.

While the development process for Turkovac began in April 2020, preclinical studies where animal trials were held were successfully concluded in October that year.

Phase 1 studies for the vaccine kicked off the following month and it was administered to 44 volunteers. Phase 2 studies were launched on Feb. 10, 2021 with 250 volunteers. With both phases showing positive data, authorities launched Phase 3 of the development process.

As part of the Phase 3 studies, the first dose of the vaccine was administered on June 22, 2021 in a program participated in by President Recep Tayyip Erdogan, who announced the name of the vaccine as Turkovac.

Thousands of volunteers who had not been infected with COVID-19 or got vaccinated before were given Turkovac as part of the Phase 3 studies.

In October this year, Turkovac was administered as a booster shot. Volunteers who previously received two doses of the Chinese Sinovac vaccine were given Turkovac or Sinovac depending on their personal preference.