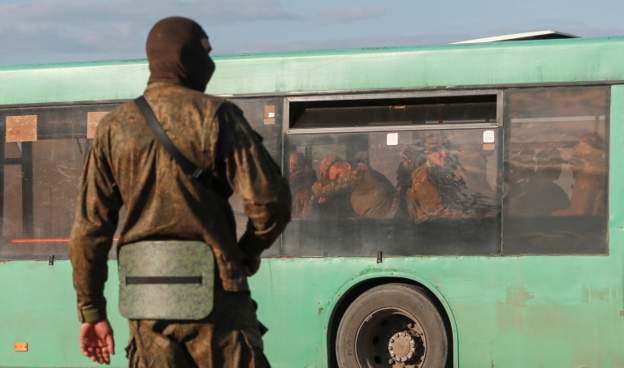 Ukrainian intelligence agents are communicating with Azov regiment servicemen who were taken captive in the southern port city of Mariupol, the Interior Ministry has reported on Telegram, News.az reports.

"It is through them that we learn more about their living conditions, food, and possibilities for their release," the post quoted Interior Minister Denys Monastyrskyy as saying.

"We all know that they will end up here, in Kyiv, and we are doing everything to make it happen," he added.

There has been continued uncertainty regarding the fate of hundreds of Ukrainian fighters, who held out in the besieged Azovstal steelworks in the port city for weeks. They were eventually taken to Russian-controlled territory in Ukraine. Ukraine has called for a prisoner swap but some in Russia - including the deputy foreign minister - have said they should be put on trial.