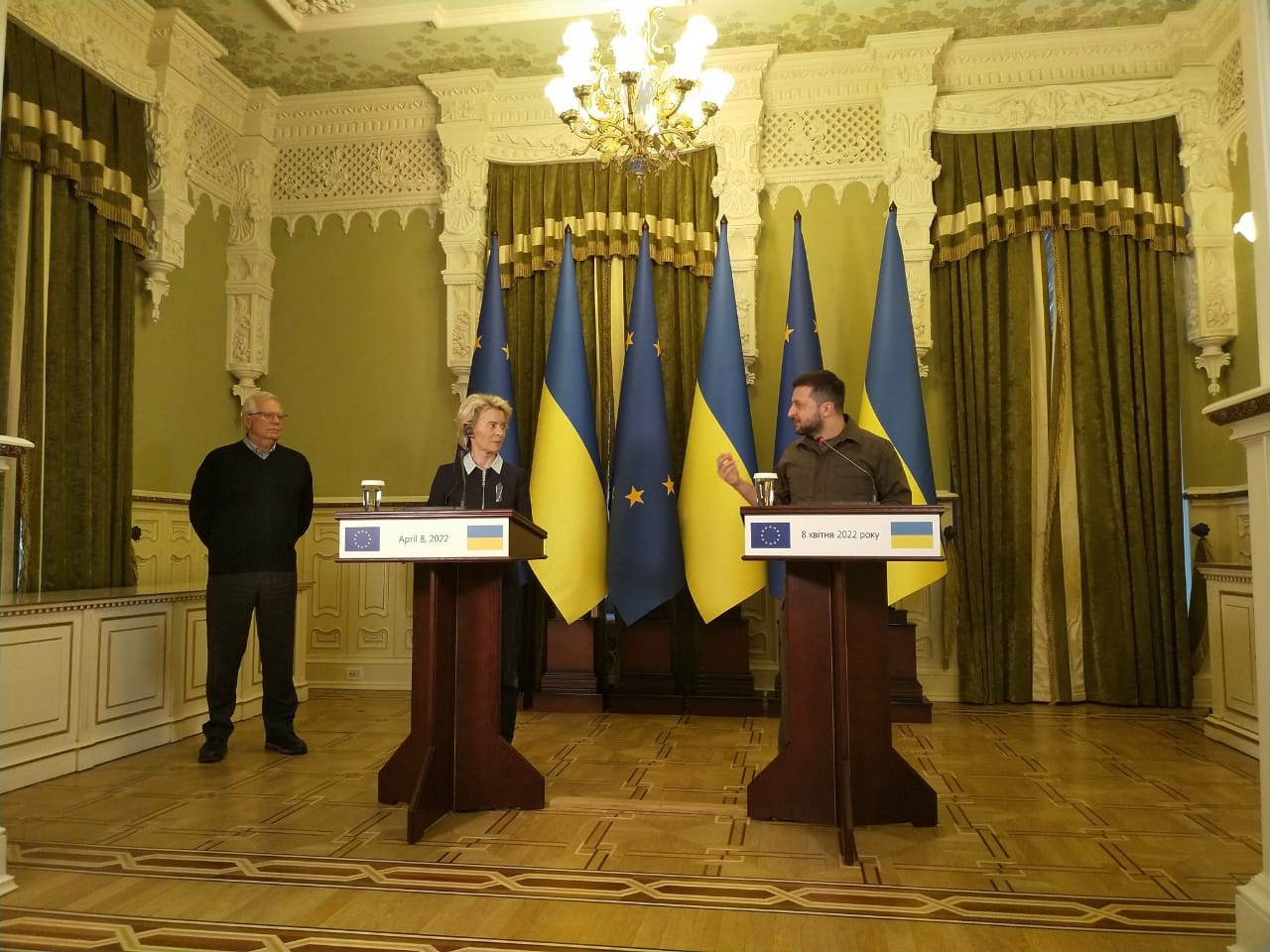 "Negotiations will take place in a narrow circle, after which the Head of State and EU representatives will make statements to Ukrainian and foreign media and answer their questions," the statement says without providing additional details.

During a visit to Bucha, von der Leyen said those responsible for the atrocities committed there "will be brought to justice."

"It was important to start my visit in Bucha. Because in Bucha our humanity was shattered. My message to Ukrainian people: Those responsible for the atrocities will be brought to justice," von der Leyen said on her official Twitter account Friday.

"Your fight is our fight. I’m in Kyiv today to tell you that Europe is on your side," she added.