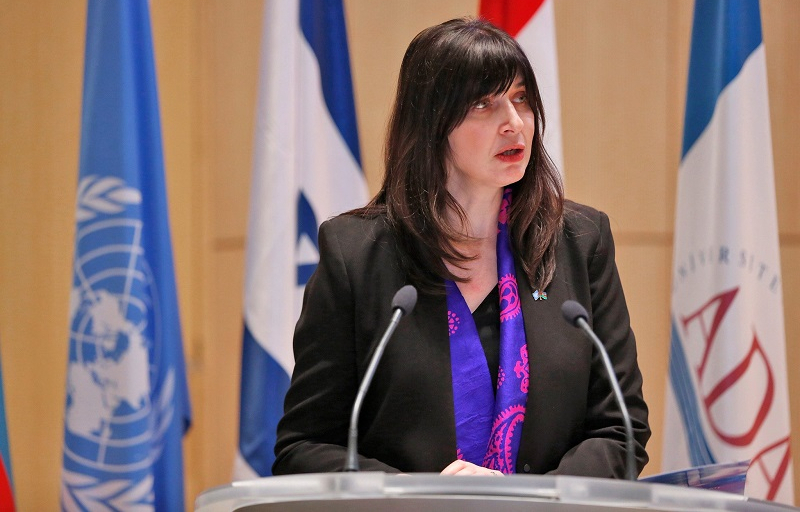 Azerbaijan has played its role in the global fight against anti-Semitism and in support of multiculturalism, UN Resident Coordinator in the Azerbaijan Vladanka Andreyeva said on Thursday.

Andreyeva made the remarks at an event dedicated to the fight against anti-Semitism, hate speech, xenophobia and racism at the global level in the name of preserving humanity, News.Az reports.

"Today we have gathered to commemorate the victims of the Holocaust. There should be no place for hatred in the world, but, unfortunately, this phenomenon can still be encountered," she said.

In connection with the International Holocaust Remembrance Day, Azerbaijani officials, diplomats, experts, representatives of civil society and the media participated in the event at ADA University to discuss steps to combat anti-Semitism, hate speech, xenophobia and racism at the global level.

The event was organized jointly by the UN Baku Office, the embassies of Israel and the Netherlands, the Center of Analysis of International Relations of Azerbaijan (AIR Center), and ADA University.