We were instructed to blow up the Baku-Tbilisi-Ceyhan oil pipeline: Armenian saboteur 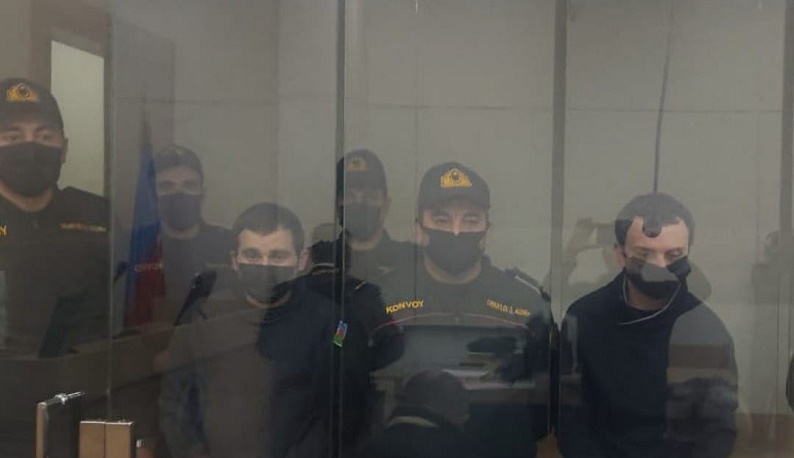 A trial of Armenian citizens, Sargsyan Ishkhan Ashoti and Rafaelyan Vladimir Otari, who are being accused of terrorism, continued at Baku’s Sabunchi district court today.

The prosecutor announced the indictment at the trial presided over by a judge of the Ganja Grave Crimes Court Elmin Rustamov.

According to the prosecution, on May 27, 2021, at about 03:00 am, the commander of the special operations intelligence group of the Ministry of Defense of Armenia Sargsyan Ishkhan Ashoti, and military engineer Rafaelyan Vladimir Otari illegally crossed the state border of Azerbaijan in the direction of the Kalbajar region, where the units of the Ministry of Defense of Azerbaijan were stationed, and mined the roads passing through the village of Yukhary Airim. These persons were detained at the crime scene. There were found and seized 23 mines of the "TM 62-m" and "E-00-M" types on them.

Sargsyan and Rafaelyan were charged with terrorism, illegal border crossing, committing an act of sabotage and unlawful firearm shipment.

At the court session, witnesses were cross-examined.

The judicial trial will continue on January 24.