Where will the "kites" take Afghan people? (OPINION) 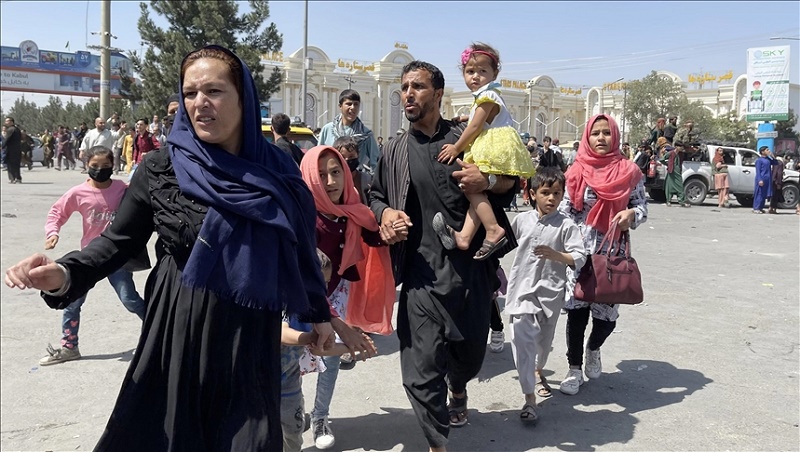 The withdrawal of the United States from Afghanistan and the seizure of this country by the Taliban once again attracted the attention of the world community. As a result of actions in the Taliban portfolio, millions of people in Afghanistan rushed to borders, airports and peacekeepers. There are reports of the evacuation of dozens of children, women and other Afghan citizens by Azerbaijani and Turkish peacekeepers. There are even desperate ones who could not escape and had to throw their children into the arms of the soldiers. A hopeless sight! 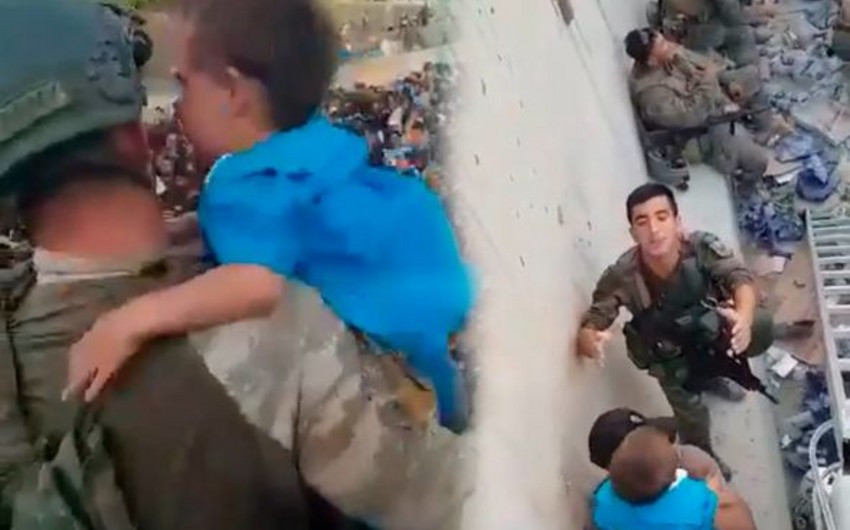 There are currently about 10 million Afghan refugees in the world. Following the refugees from Syria and other crisis regions, the world will face the next wave of refugees, especially in neighboring countries. Those Afghans with better financial means can choose to go to the other side of the ocean, to the United States. Most of them turn to the countries of the region and opt for Europe or Turkey as their final destination. It remains uncertain where the rest will end up. It can be any country in the region. From the border with Afghanistan to Europe. Even Azerbaijan.

Undoubtedly, from a humanitarian standpoint, it is very generous to open the doors and give shelter to people who are in despair. However, for some reason, most European countries are not very interested in taking this humane step and are more inclined to keep refugees from all countries within their borders as much as possible, mainly in Turkey. At all costs! They justify this primarily by thinking about the interests of their country. Turkish President Recep Tayyip Erdogan said that his country has grown tired of playing the role of a "refugee warehouse" for Europe. How does the arrival of refugees benefit the host country? Let's approach this question, as the saying goes, discarding emotions. With the arrival of a large number of unemployed, homeless, living according to the rules of a different society, the order in the country has changed. There are disagreements among the local population. The state allocates large sums for their maintenance. Finally, there is the possibility that members of terrorist groups may be among these people. Coskun Bashbug, a Turkish military expert, believes that Turkey is one of the primary destinations for a possible large wave of migrants from Afghanistan. In this case, Azerbaijan may become one of the places for Afghan migrants either through Turkey or across its borders. The expert noted that European countries, which are considered to be primary destinations, along with Turkey, for waves of migrants from Afghanistan, with a population of 38 million, should not remain indifferent to this matter. Bashbug emphasized that there is no information about the financial support supposed to be provided to Turkey in case of hosting Afghan refugees. “This situation can happen in any country that has agreed to accept refugees after receiving financial support. In this case, Turkey considers itself a country that is deceived, and Europe can be faced with a possible wave of refugees,” he added. 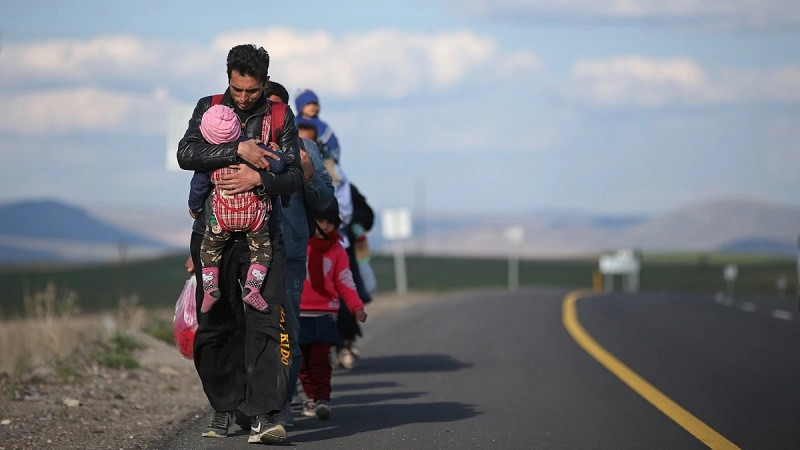 Speaking to News.Az, Qaiser Nawab, a global youth activist based in Islamabad, said that Pakistan considers this to be a topical issue as it neighbors Afghanistan. “Any possible problem will not go unnoticed in Pakistan. First of all, Pakistan is likely to encounter an influx of Afghan refugees, which, in turn, will result in numerous political and socio-economic problems,” he noted. The activist said that Afghanistan, first of all, must address this problem. “Then, other countries should support the people who fled Afghanistan, and neighboring countries are not only responsible for tackling this problem,” he added.

One of the most developed countries in the region is Azerbaijan, the strongest country in the South Caucasus. As a result of the 30-year Armenian-Azerbaijani conflict, Azerbaijan is solving the problems of 1 million refugees in its own country, attracting attention with its development. This is the place where people from other countries want to live. Recently about 40 Afghan migrants protested in front of the United Nations High Commissioner for Refugees (UNHCR) in Baku, demanding attention to their status. How will Baku react to this? As the State Migration Service of Azerbaijan told News.az, before the recent events in Afghanistan, 9 citizens of Afghanistan applied for official refugee status in Azerbaijan, and their applications were considered in accordance with the law. However, after the recent events, such an appeal did not follow. Responding to the question of our editorial office regarding how to proceed if there is a massive influx, the department mentioned that in this case the issue will be resolved in accordance with the national legislation. Azerbaijan is guided by tolerant and multicultural values, and the Azerbaijani government often expresses these views. The practice shows that Azerbaijan primarily proceeds from the interests of its people and state. Azerbaijan has recently liberated its territories from Armenian occupation. A lot of funds are needed for the construction and restoration of these territories, which were razed to the ground and the scale of destructions shocked foreign journalists. It’s necessary to ensure the return of Azerbaijanis forcibly expelled from Karabakh. It would be unfair if a country that uses a large amount of funds to rebuild the liberated territories and repatriate refugees had a massive influx of migrants. Besides, thousands of mines are buried in the conflict area. Azerbaijan spends considerable resources and humanitarian efforts to clear the territory. It is supposed to take years to completely clear the areas from mines, buried by Armenia.

Nevertheless, if thousands of Afghan refugees arrive to Azerbaijan, who can assure that they will opt for leaving to the third country? If 1169 refugees are still residing in Azerbaijan and did not opt for leaving to any other third country, there is a chance of running into a high risk of turning into a “refugee base”.  Turkey is a conspicuous example of this. Millions of refugees are still in the country and did not leave it. 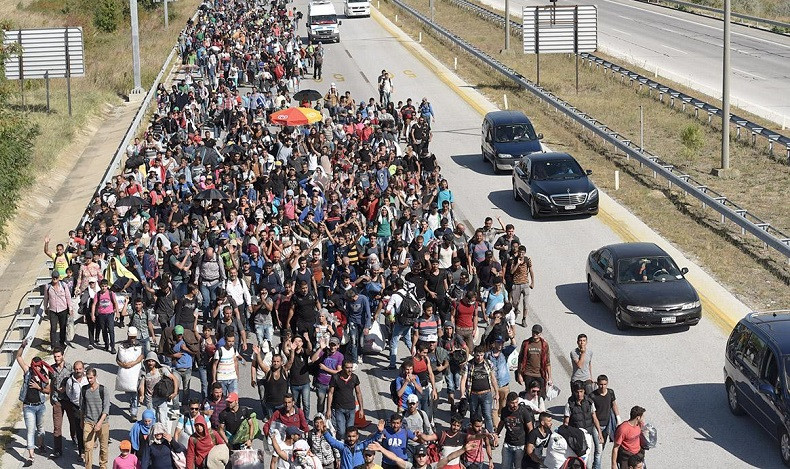 Not everyone who is eager to fly from Afghanistan on the wings of "kites" succeeds in doing so. Those who cannot "fly away" from the country do not know what awaits them. In fact, even the ones who succeeded to do so remain uncertain about their future. But they have to choose the lesser of two evils. It seems that under the current conditions, Afghanistan will not know peace for a long time.