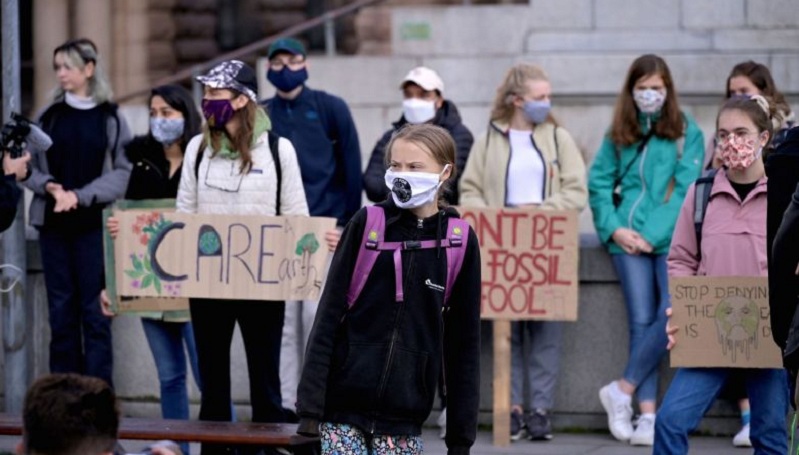 With wild weather wreaking havoc across the world – from fires ravaging the U.S. West, to abnormal heatwaves in the Siberian Arctic and record floods in China – organizers said their aim was to remind politicians that, while the world focused on COVID-19, the climate crisis was more acute than ever.

Demonstrations were planned in more than 3,100 locations, though with pandemic-related curbs limiting the size of gatherings, much of the action shifted online.

In Stockholm, Thunberg and a handful of members of her group, Fridays for Future, assembled outside parliament with signs bearing slogans including “Stop Denying the Climate Is Dying”.