3 dead, 6 wounded in PKK attack from Syria on Türkiye’s Gaziantep 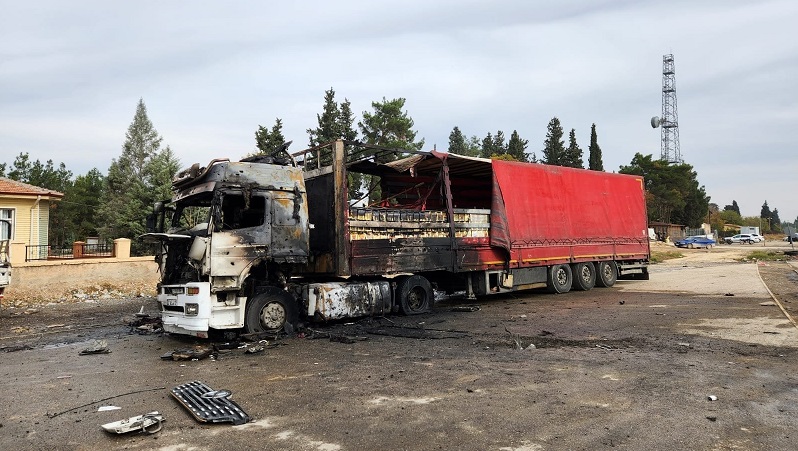 Three people lost their lives and another six were wounded in a terrorist attack launched from Syria across the border by the Syrian wing of the PKK terrorist group, the YPG, on Monday in the Turkish southeastern Gaziantep province’s Karkamış district, New.Az reports citing Daily Sabah.

Turkish Interior Minister Süleyman Soylu said that the number of people that lost their lives rose to three – among them a child and a teacher – after Gaziantep Governor Davut Gül had announced that two people had died and another six were wounded.

“We would like to say to our nation that, after the operation that took place yesterday, in which the terrorist organization suffered great losses, a response will also be given to this attack in the strongest possible way and the necessary steps will be taken. The terrorist organization will not be given a chance to live inside and outside our border,” Soylu told reporters in the capital Ankara.

Initial reports indicate that there were a number of injured as the rockets hit three schools, two houses and a truck close to the Karkamış Border Gate.

Speaking similarly on the attack, the Defense Ministry said that the Turkish Armed Forces (TSK) is continuing to respond to attacks.

"The traitors, who showed the cowardice of targeting even schools, were held accountable for what they did, and they continue to be. The TSK is responding to the attacks in kind," the ministry said in a written statement.

Türkiye announced early Sunday that it had launched an air operation against the PKK/YPG terrorist group in both northern Syria and northern Iraq, where the terrorist group also has hideouts that they use to plot and mount attacks against Türkiye.

The Turkish government said the attack was carried out by the PKK/YPG terrorist group.