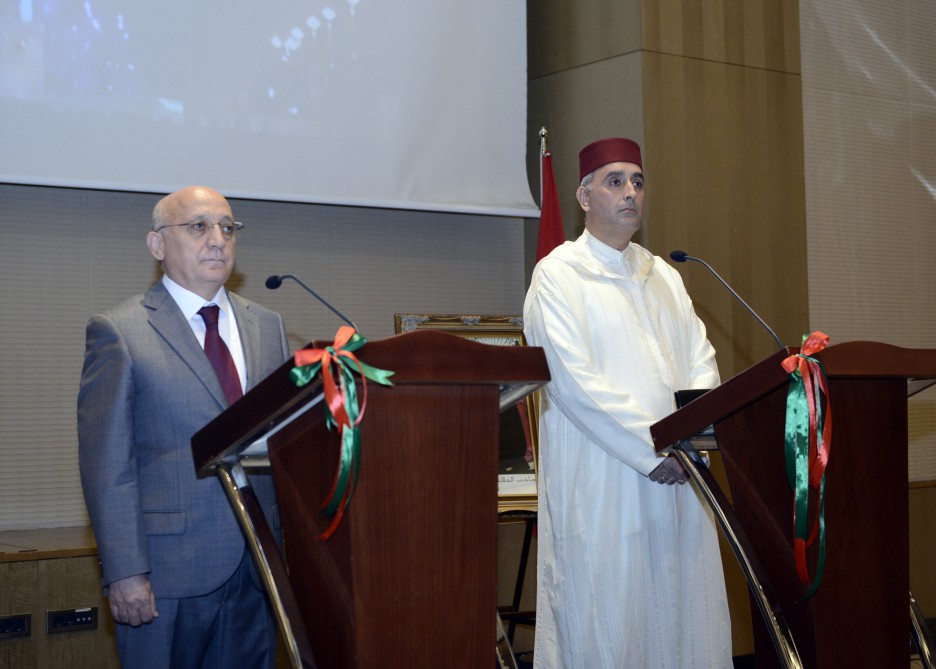 Moroccan ambassador in Baku Mohamed Adil Ambarch has affirmed his country`s backing for Azerbaijan`s territorial integrity. He spoke at a reception organized by the embassy to celebrate Morocco`s Throne Day.

Adil Ambarch emphasized the role of high-level reciprocal visits in the development of relations between the two countries. He underlined that both Azerbaijan and Morocco were centers of tolerance and multiculturalism in their regions, AzerTag reports.

The ambassador also highlighted Morocco`s achievements over the past years.

Chairman of Azerbaijan`s State Committee on Work with Religious Associations Mubariz Gurbanli hailed bilateral relations and cooperation between the two countries in the spheres of tourism, agriculture and energy. He lauded Morocco for supporting Azerbaijan on the Nagorno-Karabakh dispute.

Gurbanli also underlined that trade between Azerbaijan and Morocco had increased 50 times in recent years.