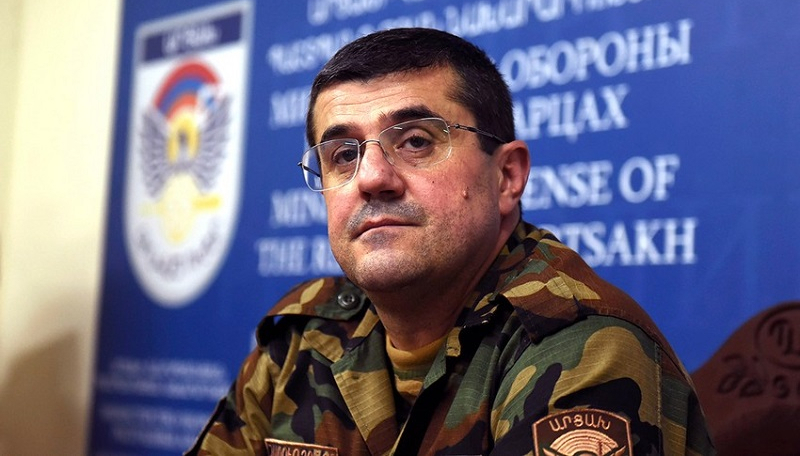 Arayik Harutyunyan, who introduces himself as the head of the so-called "Nagorno-Karabakh" group, will soon be detained and brought to justice in Azerbaijan, Nemat Avazov, Head of the Investigation Department of the Prosecutor General's Office of Azerbaijan said on Tuesday, News.Az reports.

Avazov stressed that Harutyunyan is accused of committing four terrorist attacks against civilians in Azerbaijan’s Ganja city in October 2020.

“The terrorist attacks were committed from Armenia’s territory,” the department head said. “As a result, 26 Azerbaijani civilians were killed and 175 were injured. Harutyunyan claimed responsibility for the terrorist attack on his social network account on October 4.”

He noted that a criminal case has been initiated under various articles of the Criminal Code of Azerbaijan, and Harutyunyan has been put on the wanted fugitives list.

“The fact that Harutyunyan has not been brought to trial is temporary. I think that in accordance with the international convention, Harutyunyan will be detained by the investigative team and handed over for launching an investigation in a short period of time,” Avazov added.