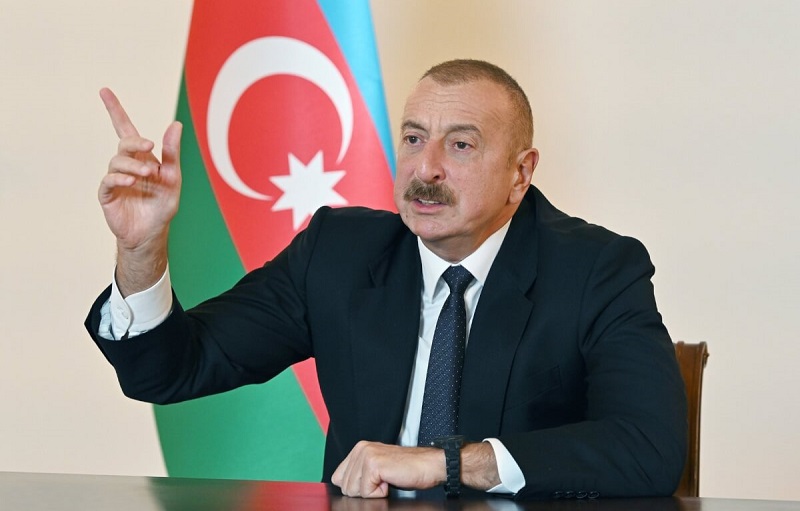 Azerbaijan is not against cooperation. Today Armenia shies away from cooperation, attempts to hamper the implementation of the Zangazur corridor. But it won't succeed. We will make them. We will force them. We will achieve our goals, just as we drove them out of our lands.

President Ilham Aliyev made the remark as he addressed the 7th Congress of the New Azerbaijan Party (YAP) in a video format.

"But what benefit could cooperation with Armenia bring to us back then? None of course! So many times we were told to let representatives of the civil society meet. There were such meetings at one time. But we saw that the main essence was being left out – as if there was no war, as if there was no Khojaly genocide as if our refugees and displaced persons were not expelled from their native lands by the Armenians, as if our homes and mosques were not destroyed. How can we forget this? So many times attempts were made to convince us that oil pipelines pass through the territory of Armenia. When I rejected this, the financing of the Baku-Tbilisi-Ceyhan oil pipeline was delayed by one year. At that time, we needed loans. Leading international financial institutions did not issue loans for a whole year to force us to do this. I said if they don’t give loans, then it is not necessary, we will find the resources ourselves," the head of state said.