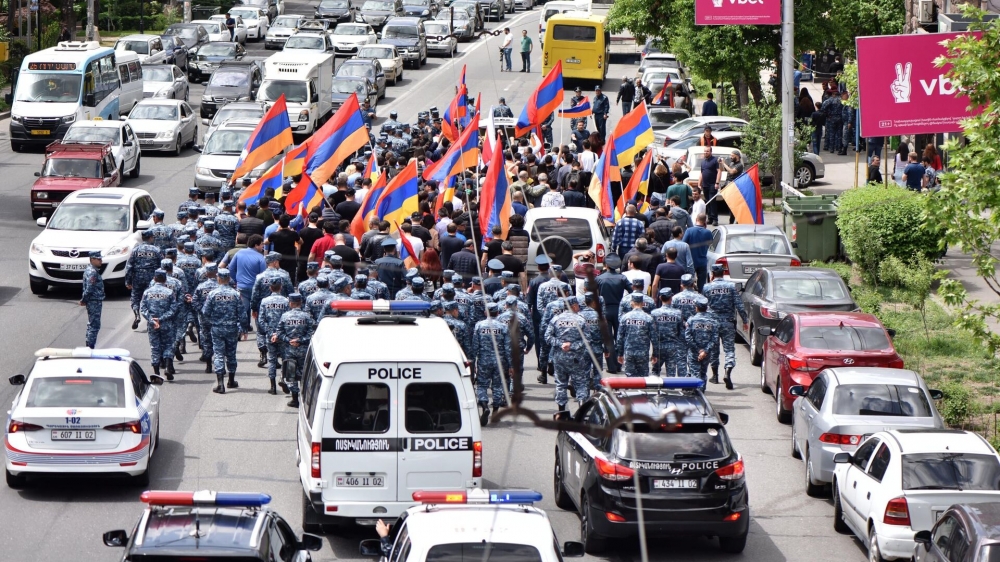 The marches started in four directions from the outskirts of the city to the center.

More than 60 protesters were detained by Armenian law enforcement forces during the protests on Tuesday.

Protests against the Armenian authorities' policy have been going on in Armenia since mid-April, and in early May they became widespread. The opposition demands the resignation of Prime Minister Nikol Pashinyan.