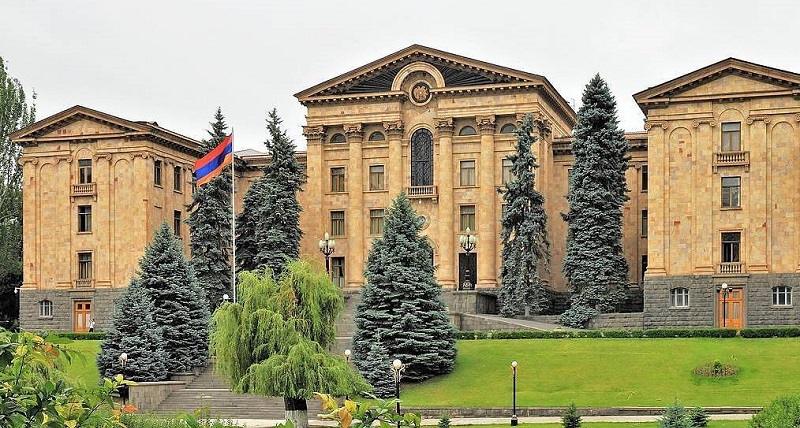 Armenia’s parliament voted on Wednesday to lift martial law introduced in the country in late September 2020 due to the Nagorno-Karabakh conflict.

The parliament’s session was broadcast live on local TV channels on Wednesday.

"As many as 118 MPs voted to lift martial law, the decision was adopted," Speaker of Armenia’s Parliament Ararat Mirzoyan reported.

The proposal on abolishing martial law was initiated by the "Enlightened Armenia" and "Prosperous Armenia" opposition factions.

Opposition parties had repeatedly emphasized that after the trilateral statement of November 9, 2020, which ended the fighting in Nagorno-Karabakh, Armenia’s authorities refused to lift martial law for political reasons. According to many opposition representatives, Prime Minister Nikol Pashinyan’s team feared that the opposition would impeach the cabinet’s head as early as martial law was abolished.

After signing the trilateral statement, protests engulfed Armenia, while the opposition demanded Pashinyan’s resignation, blaming him for the Nagorno-Karabakh conflict’s outcome. The crisis escalated after the former Chief of the Armed Forces General Staff Onik Gasparyan and the top brass demanded the prime minister's dismissal on February 25. Meanwhile, Pashinyan viewed this as an attempt at the military coup and initiated the procedure for Gasparyan's resignation. After that, mass rallies kicked off in Yerevan to support the opposition as well as the cabinet’s head.

Since then, the country’s political forces on the initiative of Armenian President Armen Sarksyan started consultations, which resulted in an agreement to hold early parliamentary elections on June 20. Meanwhile, it would be impossible to carry out an election campaign amid martial law.