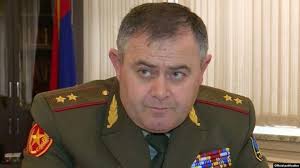 Armenian Prime Minister Nikol Pashinyan signed a decision to dismiss Artak Davtyan as Chairman of the Military-Industrial Committee, according to Armenia's media outlets. The decision, posted on the website of the Armenian government, is dated November 11.

Artak Davtyan was appointed to this position on July 16, 2020. Earlier, on June 8 of this year, he was dismissed as  Chief of the General Staff of the Armenian Armed Forces. The media linked it to his son's wedding amid a ban on mass gatherings due to the coronavirus pandemic.