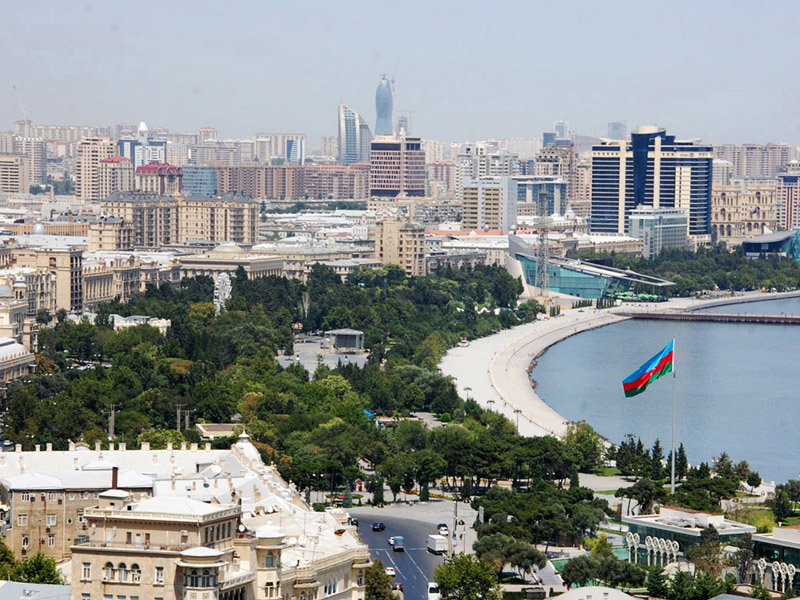 Azerbaijan is a country where many nationalities and people of different religions live peacefully. In terms of religious tolerance, Azerbaijan is among the exemplary countries.

Along with Azerbaijanis, Lezgis, Turks, Russians, Talysh, Avars, Kurds, Tats, Jews, Tatars, Armenians, and other nationalities lived equally in Azerbaijan, which is an ethnically and religiously diverse country. They are citizens of independent Azerbaijan with equal rights.

Relations between representatives of different religions have always been based on friendship, and traditions of tolerance have been firmly established.

The roots of this tradition go back to the depths of history. In the first century AD, when the Christian religion was established, the foundation of the Albanian Church was laid in Azerbaijan, and with the arrival of Islam in Azerbaijan, the traditions of religious tolerance were further strengthened.

The religions of Azerbaijan consist of a set of religious trends spread among the peoples and ethnic groups living in the territory of the country. Various religious confessions operate in the Republic of Azerbaijan.

State-religion relations in Azerbaijan are regulated by the State Committee for Work with Religious Institutions of the Republic of Azerbaijan, established by the decree of the great leader Heydar Aliyev.

According to Article 48 of the Constitution of Azerbaijan, every person living in the territory of the country has freedom of conscience and determines his attitude to religion independently.

Today, the absence of religious conflicts in Azerbaijan, the freedom of people to choose their own form of belief, and the creation of conditions of religious tolerance and tolerance are also the result of the correct policy implemented in the country.

President of Azerbaijan Ilham Aliyev regularly meets with the leaders of religious communities, learns their problems, and provides instructions and material assistance regarding the fundamental repair of religious centers, mosques, churches and synagogues, and sanctuaries in the country.

Peoples of different ethnic origins live in the country in a friendly manner, as citizens with equal rights. Azerbaijan has become the native land of everyone who lives here, national minorities have mingled with the local people. The issue of national minorities is one of the priority directions in the state's policy. National leader Heydar Aliyev called the people living in Azerbaijan the most important wealth of the country.

According to the State Statistics Committee, in addition to Azerbaijani-Turks, who make up approximately 90.6 percent of the population in my country, there are Lezgis, Russians, Armenians, Talysh, Avars, Turks, Tatars, Ukrainians, Sakhurians, Georgians, Kurds, Tats, Jews, and Udins. and other smaller peoples - Ingiloi, Khinalig, Lahiji, Haput, Alikli, Cekli, Grizli, Rutulli, Kilitli live. Most of these peoples are compactly settled in separate settlements consisting only of their ethnic composition.

The article focuses on religious and national tolerance, the development of interethnic relations