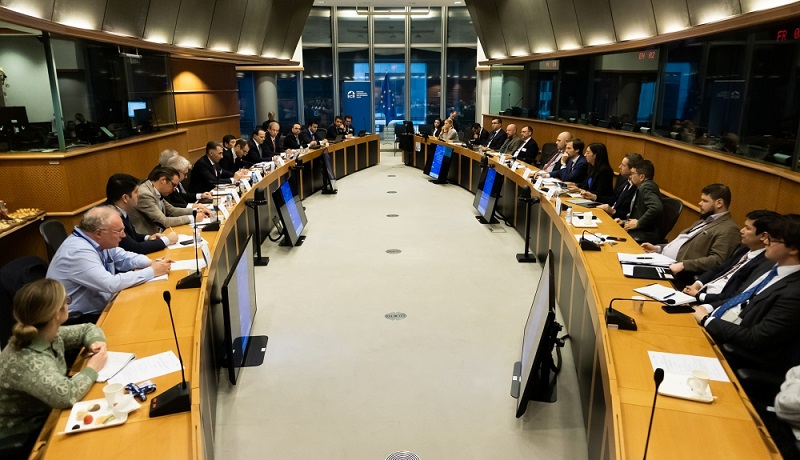 Speaking at the roundtable, Rashad Nabiyev informed members of the European Parliament on transport projects implemented in Azerbaijan and international transport corridors, of which the country is a member.

It was reported that Azerbaijan has invested billions of dollars in its transport infrastructure over the past two decades: “Azerbaijan has built roads and railroads, launched new international airports, and strengthened the civilian maritime and air cargo fleets. It has also developed the Baku International Seaport and created the Alat Free Economic Zone.”

It was brought to the attention that these projects are designed to support broader regional cooperation, meeting the domestic needs of Azerbaijan and turning Azerbaijan into an international transport and logistics center. The current geopolitical situation has further increased the strategic importance of Azerbaijan in international transportation. Over a short period of time, there has been a sharp increase in the volume of transit cargoes passing through the territory of the country.

The minister added that after restoring its territorial integrity, Azerbaijan took the initiative to open the Zangazur corridor. “Due to its landscape advantages, this corridor can become the shortest and safest transit route between China and Central Asian countries to Europe.”