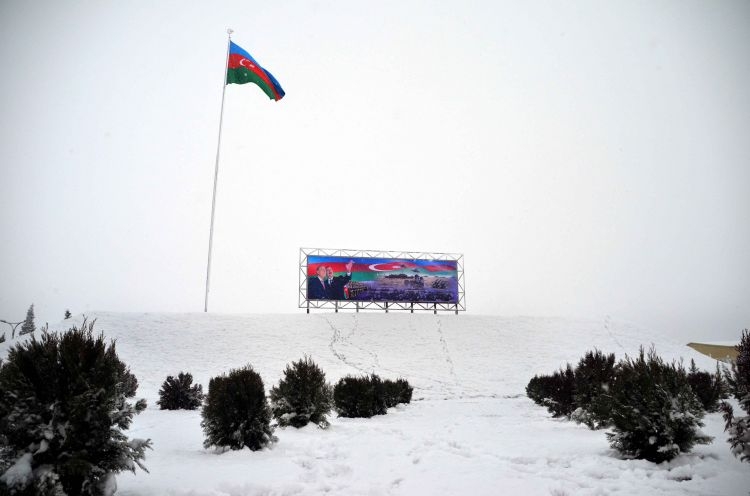 On February 1, Azerbaijan’s Defense Minister, Colonel-General Zakir Hasanov and other senior staff of the ministry attended the opening of a new military camp b

The military camp, which began to be built in 2014, covers an area of 35ha and has a modern-style headquarters which include duty officer, rest, and guest rooms.

For long-term accommodation personnel, nine barracks have been built. They also include ideological, stationery, and other rooms.

Five residential buildings with two- and three-room apartments have been built for both married and unmarried servicemen. The apartments are equipped with the necessary furniture, TV, and other household items.

Spacious canteen comprising kitchen and utility rooms, food storage was also commissioned. There is also a bread and pastry bakery in the canteen complex.

The guard house was built to organize guard service in the military unit.

There is a bathroom laundry and boiler room fitted with modern equipment in the camp. One steam boiler and two transformer substations have been commissioned. Two reservoirs each with the volume of 500 cubic meters have been created in the area.

Besides, a 600-seat club and a sports camp have been commissioned in the are of te military unit. After familiarized the conditions created in the military camp, the Defense Ministry’s senior staff had lunch together with the personnel.