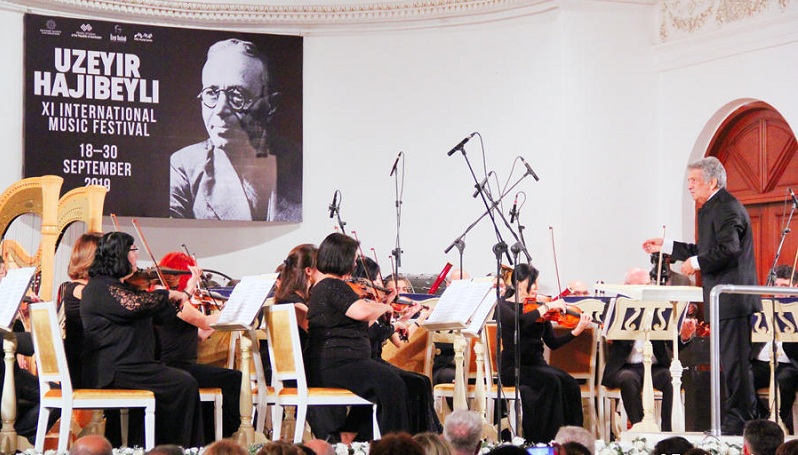 National Music Day in Azerbaijan is celebrated in September each year. The music feast marks the birthday of the outstanding composer, founder of Azerbaijani professional musical art and opera, Uzeyir Hajibeyli.

The tradition of celebrating the birthday of the great composer as a holiday was laid by eminent conductor Niyazi Hajibeyov, who used to celebrate this day each year after Uzeyir Hajibeyli’s death. This tradition continues till nowadays.

Numerous cultural events, including gala concerts and festivals, are being held across the country as part of the celebration.

In 2009, it was decided to hold the International Music Festival in honor of a prominent composer.

Traditionally, national and foreign musicians, outstanding performers, orchestras from around the world gather in Baku to demonstrate their incredible talents.

Musicians and collectives from Germany, Russia, Turkey, Georgia, France, Bulgaria, and other countries take part in the festival.

Uzeyir Hajibeyli laid the foundation of a national musical style. He was the first composer of an opera in the Islamic world.

The opera "Leyla and Majnun" (1908) is based on traditional folk music and dance, musical genres that relied on oral traditions.

"Arshin Mal Alan" or The Cloth Peddler was the latest and one of the most popular operettas of the eminent composer.

The operetta has been successfully performed in a plethora of languages in over 60 countries of the world, including in the U.S, Austria, France, China, Greece, India, Russia, and Turkey.