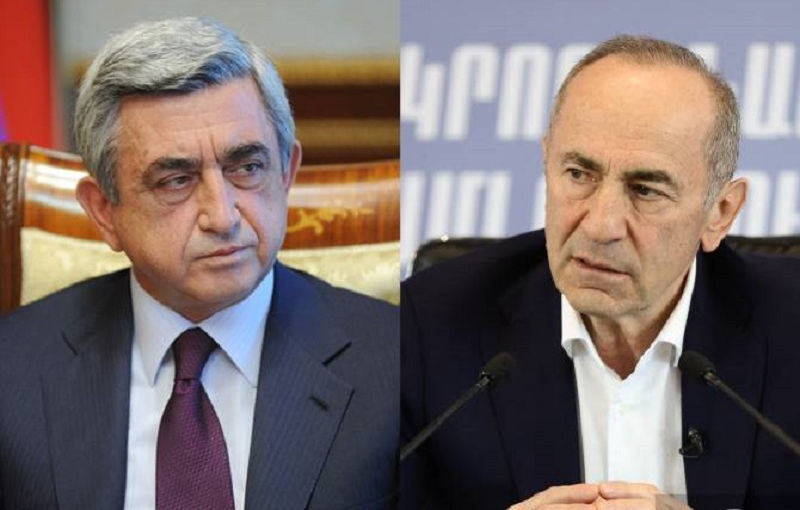 According to the Military Prosecutor's Office, Kocharyan and Sargsyan are prosecuted under the relevant articles of the Criminal Code of Azerbaijan.

"Since February 1988, in order to incite national enmity, hatred between the Azerbaijani and Armenian peoples, these persons arranged and held meetings in organizations and institutions of Khankandi city [in Azerbaijan’s Karabakh] with the participation of workers who were Armenians by nationality,” the Military Prosecutor's Office said.

“They [ex-presidents] declared that Karabakh belongs to Armenians and only Armenians should live there, called for the dismissal of Azerbaijanis from their jobs, forcible eviction from Karabakh, and burning of their houses,” the Military Prosecutor's Office noted.

“These persons were put on the wanted list under the relevant articles of the Criminal Code for making illegal decisions to proclaim the so-called "Nagorno-Karabakh Republic" and other crimes," it added.