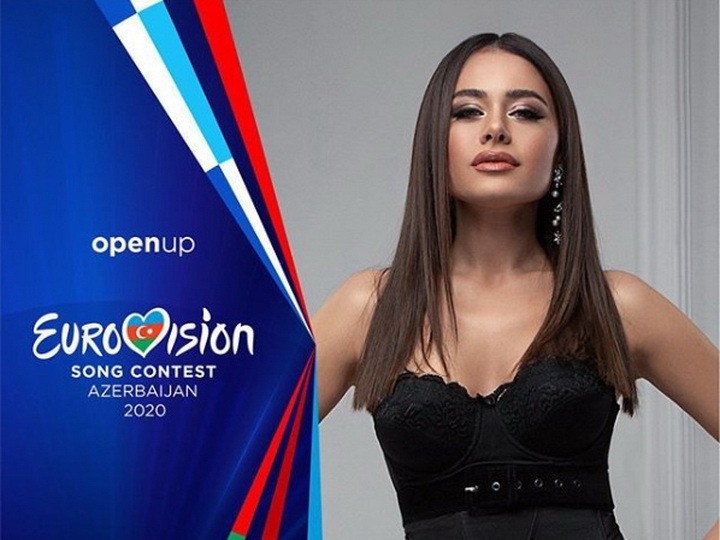 The song "Cleopatra" was written by Dutch authors Alan Roy Scott, Sarah Lake, and Luke Van Beers, who also acted as producer of the song together with Tony Cornelissen. It harmoniously blends ethnic motifs with a modern sound, according to Report news agency.

As the authors of the song note, "Cleopatra" is a song about freedom, trust in your inner voice, about being a "queen" even when things get complicated, especially if someone betrays or hurts you. The song seeks to inspire people to be who they are and to be proud of themselves - just like Cleopatra, who has gone through a complicated love story, grief, and betrayal, but has shown her strength and made history as a symbol of women's independence.

The video for the song was filmed by director and cameraman Alex Lamakh in the historical reserve of Gobustan. Isa Melikov is the producer of the video. For the first time in a very long time, the video for the Eurovision Song Contest was shot in Azerbaijan.

Efendi has taken part in the selection stage of the Eurovision Song Contest for five years. Earlier, she participated in such popular music projects as "Yeni Ulduz" and "Səs Azərbaycan" (3rd place), where she was remembered for her powerful voice. In 2017, she took part in the international vocal television project "Silk Way Star" (3rd place) in Almaty, and in 2019 successfully represented Azerbaijan at the international festival "Voice of Nur-Sultan" in Nur-Sultan.

Semi-finals of Eurovision 2020 will take place on May 12 and 14, and the final - on May 16 at the Ahoy Arena. The slogan of the contest is "Open up!". Azerbaijan will perform in the second part of the first semi-final.