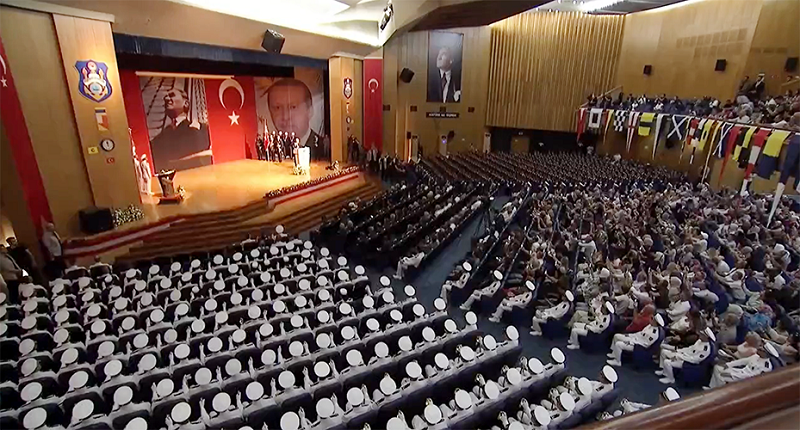 Under the instruction of President of the Republic of Azerbaijan, Supreme Commander-in-Chief of the Armed Forces Ilham Aliyev, a working visit of the Minister of Defense, Colonel General Zakir Hasanov to the fraternal country continues in order to participate in several events held on the occasion of the 100th anniversary of Türkiye's Victory Day, the Defense Ministry of Azerbaijan told News.Az.

On August 31, the graduation ceremony of the Naval Academy and Air Force Academy of the Republic of Türkiye was held.

The President of the Republic of Türkiye Mr. Recep Tayyip Erdogan delivered a speech and congratulated the graduates during the ceremony.

Colonel General Z. Hasanov, together with representatives of other countries, who are on a visit to Türkiye, attended the graduation ceremony of the academies.