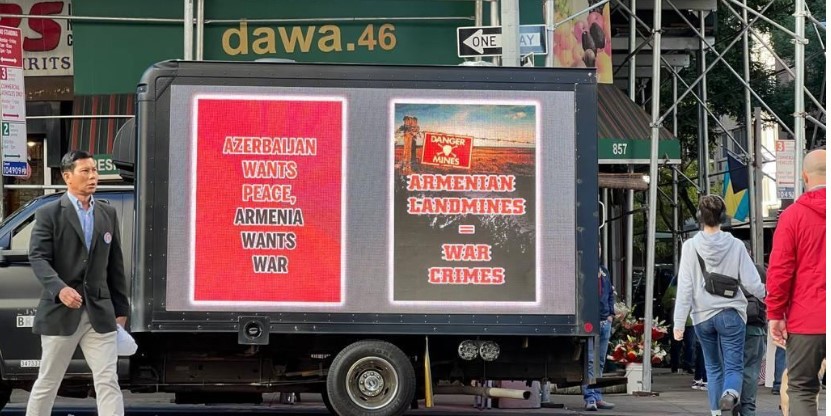 An information campaign was held against military provocations and the aggressive policy of Armenia against Azerbaijan in New York, News.az reports citing State Committee on Work with Diaspora.

According to the State Committee, a car with an LED screen, which displayed Azerbaijani realities, moved around the Manhattan district, the historical center of the metropolis during the campaign.

The information campaign, which aimed to draw the attention of the urban public to the military provocations of Armenia, was organized by the Azerbaijani Women of America association and Azerbaijan Cultural Center in New York City, which are member organizations of the Azerbaijanis Coordination Council in America.