Azerbaijani Foreign Minister meets with delegation of Parliament of Paraguay 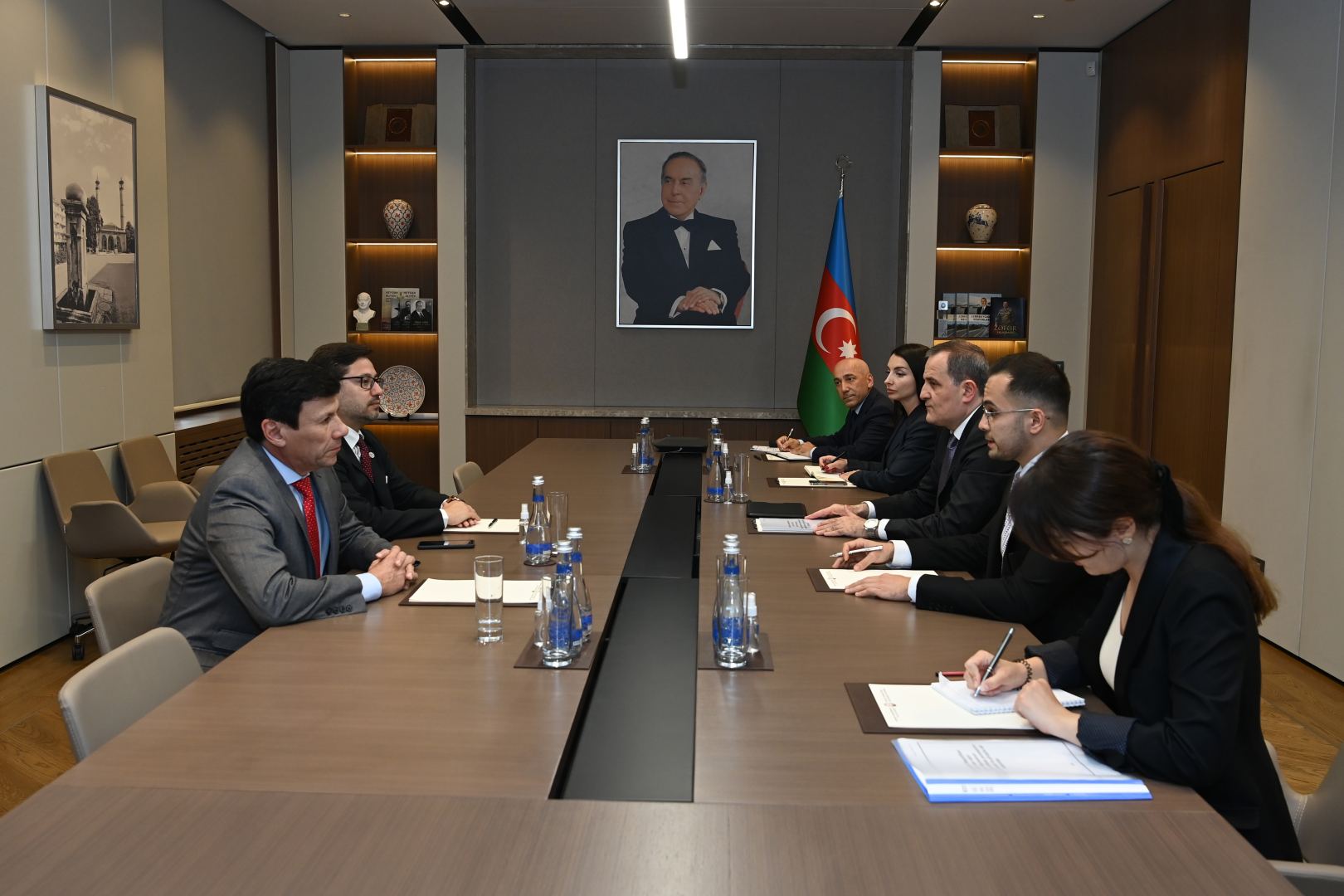 The minister noted the role of inter-parliamentary friendship groups, including parliamentary diplomacy, in the development of relations between the two countries.

The high activity of the members of the friendship groups of Paraguay and Azerbaijan in resolving issues related to Azerbaijan was noted with satisfaction, and gratitude was expressed to the Parliament of Paraguay for adopting a resolution in connection with Khojaly. Minister Jeyhun Bayramov also informed the representatives of the Parliament of Paraguay about the grave consequences of the former Armenian-Azerbaijani conflict, the new realities in the region after the 44-day Patriotic War, as well as the work on restoration and creation, measures taken to ensure peace and security in the region.

Noting that currently two young diplomats of the Ministry of Foreign Affairs of the Republic of Paraguay are participating in the training program in our country, Minister Jeyhun Bayramov emphasized the positive role of such exchanges in the development of bilateral relations.

The members of the delegation of the Parliament of the Republic of Paraguay, in turn, highly appreciated the visit to Azerbaijan and the meetings held, as well as the trip to the territories liberated from occupation, noted the importance of this visit in terms of getting acquainted with the situation in the country.

It was emphasized that Paraguay always respects international norms and principles, and also supports the fair position of Azerbaijan. The guests expressed their interest in developing relations with Azerbaijan, stressed the importance of the visit in terms of identifying areas for potential cooperation.