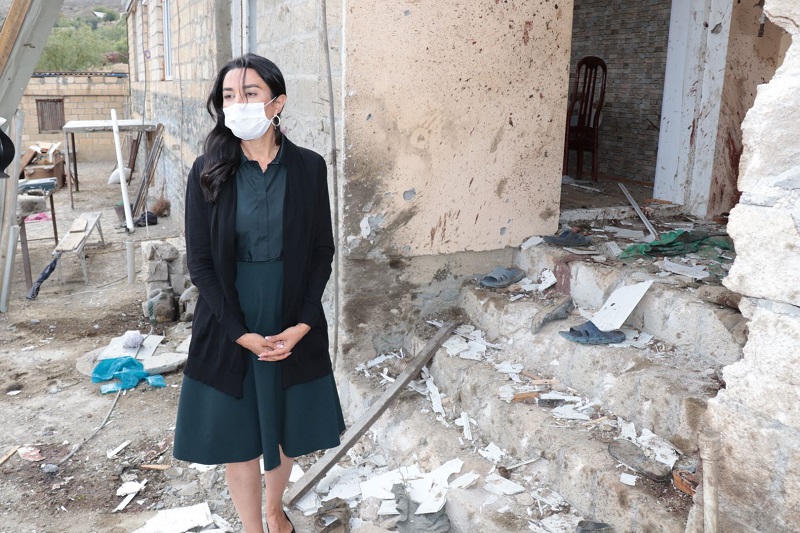 Aliyeva visited the shelled civilian targets in order to get familiarized on the spot with the facts of gross violation of international law as a result of the provocative actions of Armenia.

As a result of the shelling by the Armenian armed forces, five members of one family, including Elbrus Gurbanov, born in 1951, his wife Shafayat Gurbanova (1956), their daughter-in-law Afag Amirova (1981), as well as their granddaughter Fidan Gurbanova (2006) and their grandson Shahriyar Gurbanov (2007) were killed in the village of Gashalti, Naftalan district, which is remote from the front-line zone.

The ombudsman visited the place where the civilians were killed, examined the house destroyed by an artillery shell, personally got familiarized with the situation, and met with the civilian population. As a result of intensive shelling of densely populated areas and civilian objects by the Armenian armed forces, civilians and military personnel were killed and injured, and many houses and civilian objects were seriously damaged.

According to the ombudsman’s office, another deliberate attack by Armenia on the civilian population is a gross violation of international law, including international humanitarian law and the relevant provisions of the Geneva Conventions.