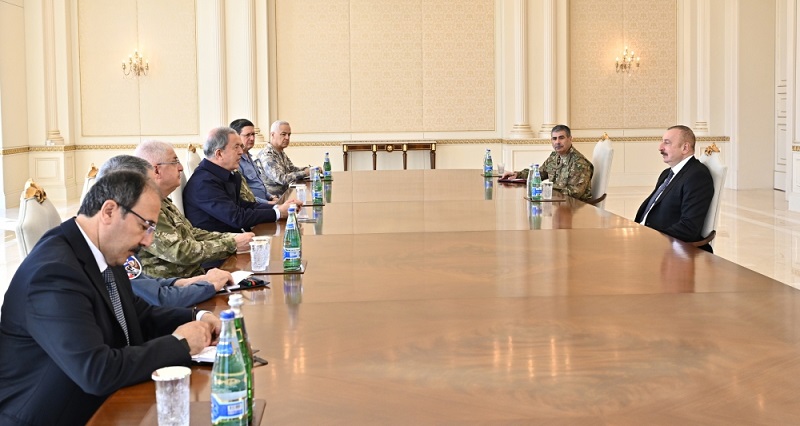 The sides noted that friendly and brotherly relations between Azerbaijan and Turkiye are successfully developing in all areas, and expressed confidence that Hulusi Akar`s visit would contribute to the expansion of the military cooperation.

The Turkish Minister of National Defense congratulated President Ilham Aliyev on the occasion of 28 May – the Independence Day. The head of state thanked for the congratulations. They described the fact that they were together even on this holiday as a symbol of brotherhood.

During the conversation, the sides stressed the importance of the TEKNOFEST Azerbaijan festival held in Baku, and described this event as a clear example of high-level relations between the two countries.

They underlined that, as in other areas, the bilateral cooperation in the military sphere continues successfully, and exchanged views on prospects for the bilateral ties.