Azerbaijani President: We returned to the land of our ancestors by crushing head of Armenian fascism, by avenging the blood of our martyrs 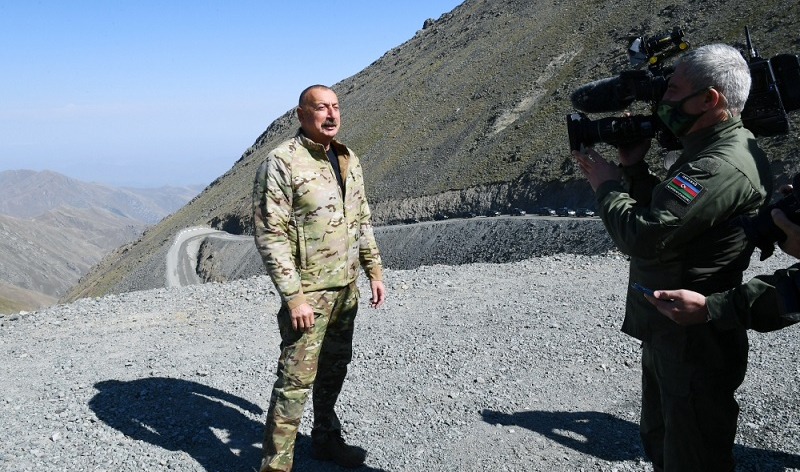 “Armenia’s goal was to perpetuate the status quo, not to return an inch of the land to us and drag on the process. They did it for 30 years, relying on their foreign patrons, and they wanted to do it for another 30 years, for 300 years,” said President of Azerbaijan Ilham Aliyev as he made a speech during his visit to Kalbajar.