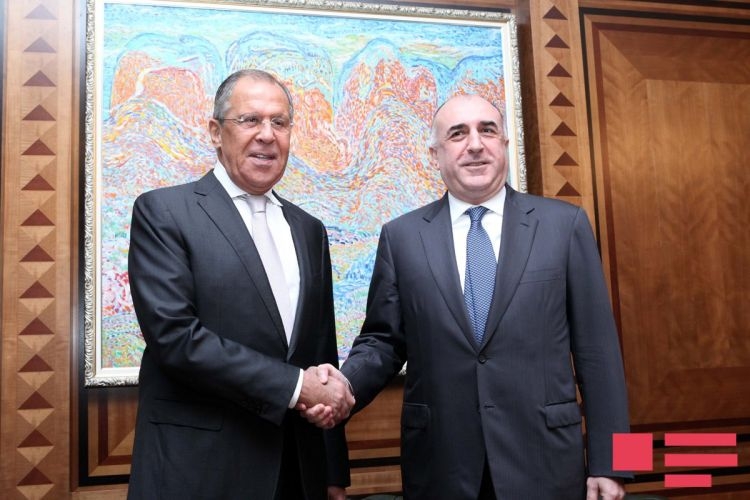 The settlement of the Armenia-Azerbaijan Nagorno-Karabakh conflict was discussed by the Azerbaijani and Armenian foreign ministers in Moscow on Tuesday.

Azerbaijani Foreign Minister Elmar Mammadyarov is paying a working visit to Moscow on the initiative of the Russian side.

Mammadyarov and Russian FM Sergey Lavrov had an extensive exchange of views on the issues raised during the presidents’ meetings in Vienna and St. Petersburg, the Azerbaijani Foreign Ministry told APA.

Reiterating Azerbaijan’s position on the settlement of the conflict, Mammadyarov stressed the need to change the status quo.

During the meeting the ministers discussed the prospects of further development of bilateral relations between Azerbaijan and Russia and touched upon the recent issues with regard to the relations of two countries. They agreed to keep such issues in the spotlight.

The sides also had a broad exchange of views on the international agenda and the other issues of mutual concern.