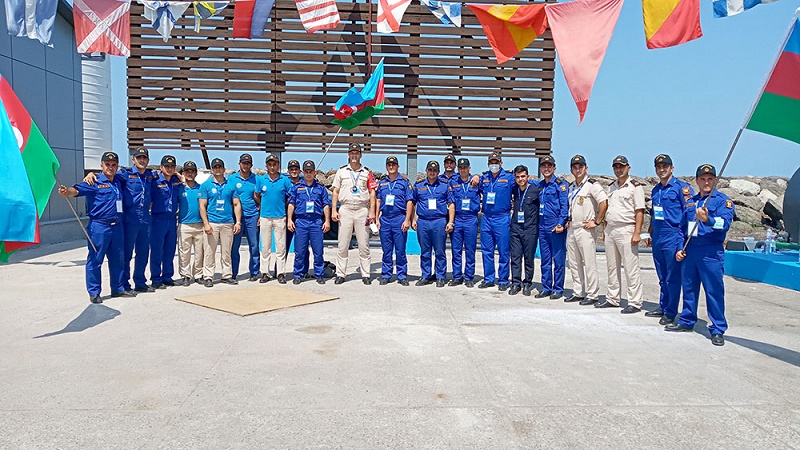 The military seamen participating in the "Sea Cup" contest held as part of the "International Army Games - 2021" performed the episode "Water inflow control on a coastal training complex" of the "Struggle for survivability of the ship and the rescue training" stage.

First, the sequence of the episode was determined. In this episode, the crews demonstrated their skills and abilities to ensure the safety of the ship, as well as the rescue of the ship.

According to the decision of the International Board of Referees on the performance of the first episode of the contest, the teams of Iran and Kazakhstan took the first place with 38 points, the Azerbaijani team with 32 points took the second place and the Russian team with 28 points took the third place.