Azerbaijani tankmen continue preparations for the 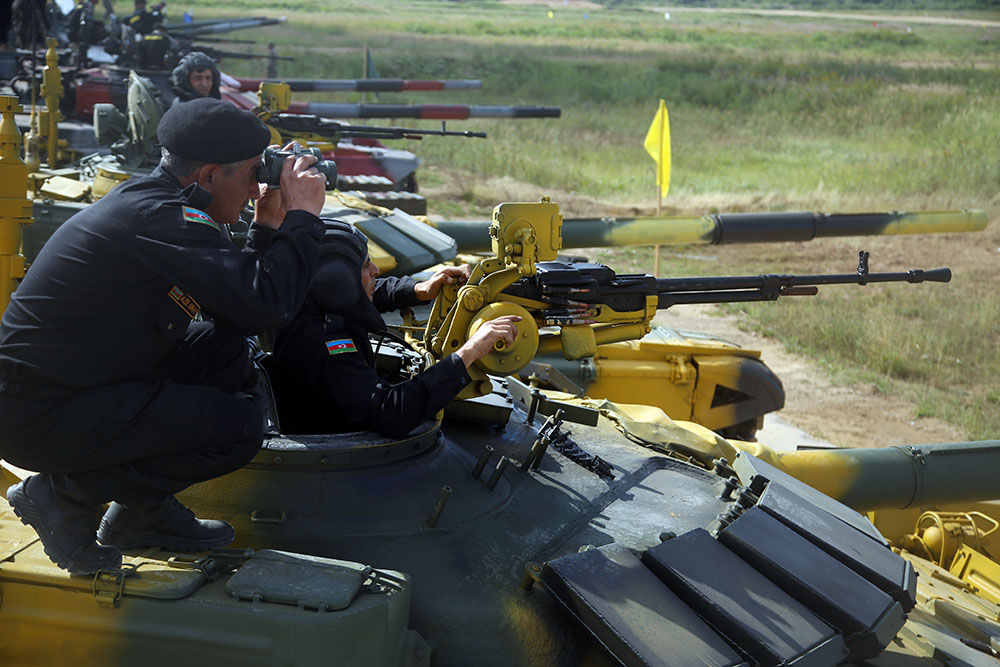 Azerbaijani tankmen, who will participate in the "Tank Biathlon" contest to be held as part of the “International Army Games-2022” at the Alabino military training ground, Russian Federation, continue their preparations, News.az reports citing Azerbaijan's Ministry of Defence.

Azerbaijani servicemen inspected the technical condition of the tanks that will be used during the international contest and carried out the adjustment fire from the combat vehicles’ standard armament.

Major General Ilgar Latifov met with the Azerbaijani tank crew and on behalf of the leadership of the Defense Ministry wished them success in the worthy representation of our country in the contest.

It should be noted that the first race of Azerbaijani tankmen to compete with the Mongolian team in the "Tank Biathlon" contest will begin on August 13.