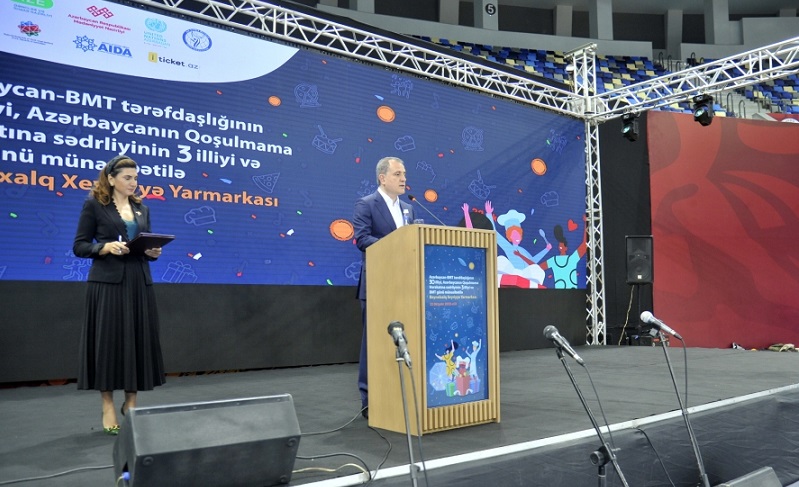 The International Charity Fair, dedicated to the 30th anniversary of the Azerbaijan-UN partnership, the third anniversary of Azerbaijan's Chairmanship of the Non-Aligned Movement (NAM) and the United Nations Day, kicked off in Baku on Saturday, News.Az reports.

Speaking at the opening ceremony, Azerbaijani Foreign Minister Jeyhun Bayramov said that this event represents the diversity of cultures.

Bayramov noted that the purpose of the fair is also to help disabled children.

“Through our joint efforts today we’ll be able to make positive changes in the lives of many children with disabilities. At the same time, we see the cooperation of the public and private sectors here,” he said.

“For many years, Azerbaijan, being an active member of the UN, has been demonstrating adherence to the UN Charter and its basic principles. This event is also an opportunity for diplomatic missions in Azerbaijan to present the culture of their countries,” the minister added.