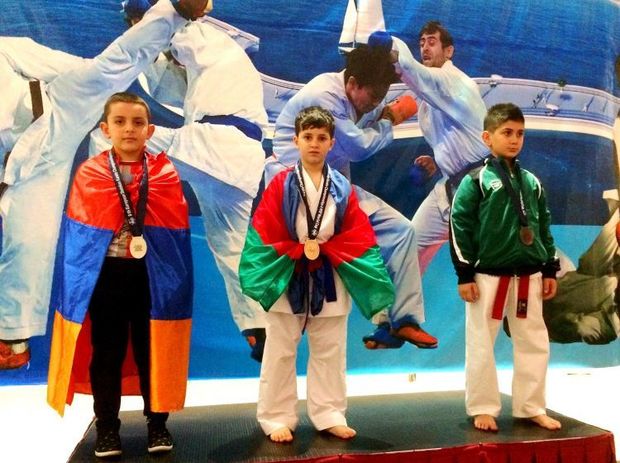 Rahim Ismayilov, a third-grader at Baku City School 167, has won the gold medal of an international Karate tournament in Georgian city of Batumi after defeating his Armenian peer with a score of 10:0.

Rahim has also been successful in domestic tournaments; he is the runner-up of an Azerbaijan championship held in Ismayilli and the winner of a republic-wide tournament among clubs dedicated to the Independence Day of Azerbaijan.

Rahim has been practicing Shotokan Karate in “Əlincə” sports club since 2014.