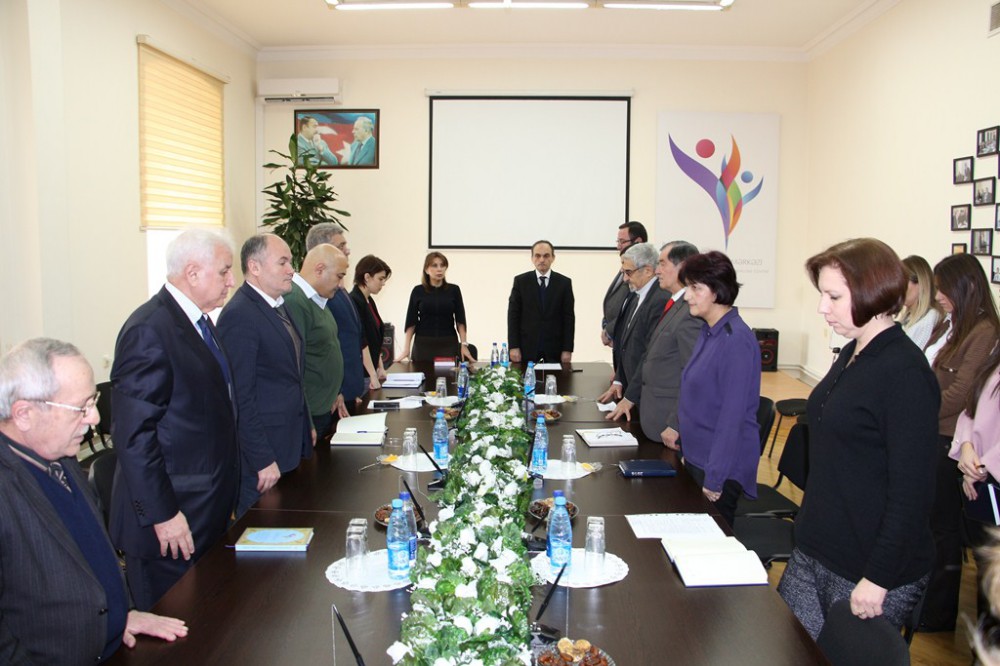 The Baku International Multiculturalism Centre has hosted a round table dedicated to the Holocaust tragedy, AzerTag reports.

First, participants of the event honoured the memory of the Holocaust victims with a minute of silence.

Chief of Department of the Centre Rashad Ilyasov made an address titled “History of the Holocaust tragedy” at the round table.

Scientific worker of the Institute on Human Rights of Azerbaijan National Academy of Sciences Moisey Bekker praised the tradition of remembrance of the Holocaust victims in Azerbaijan. He evaluated it as an indicator of the multiculturalism and tolerance in the country.

Representative of the Mountain Jews community in Azerbaijan Rabby Abraham emphasized that Jews freely wear kippah and permanently celebrate religious holidays in synagogues in the country. He said that it was not possible in certain European countries.

Rabby Abraham underlined that a number of countries must learn example of Azerbaijani multiculturalism model.

The chair of the Knowledge Foundation under the President of Azerbaijan Isakhan Valiyev characterized the Holocaust tragedy as a turning point in the history.

He underlined that Azerbaijani and Jewish nations have similar fates. He highlighted that both nations undergone through genocide according to their ethnicity principle.