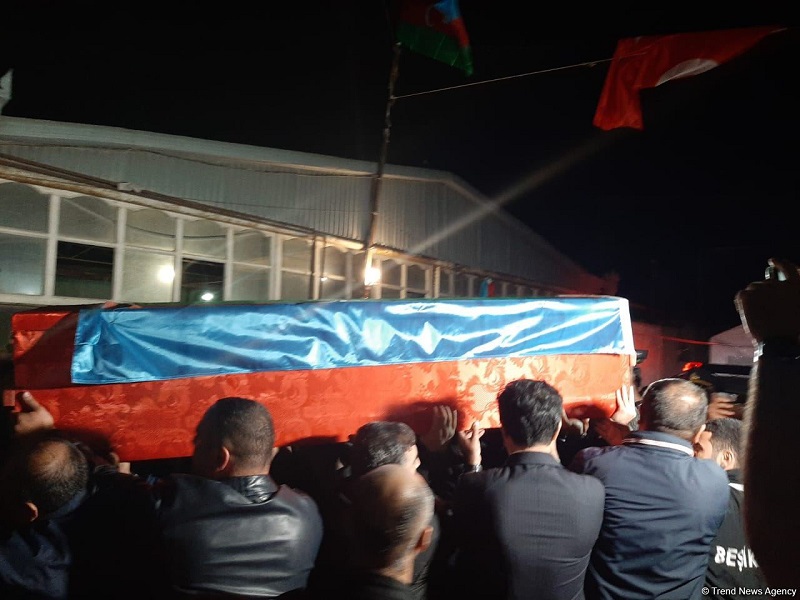 The bodies of the employee of the AzerTAC news agency Magerram Ibrahimov and the operator of the AzTV channel Siraj Abishov, who died as a result of a mine explosion while on duty in Kalbajar, were delivered to Baku.

The bodies were handed over to family members

On June 4, at about 11:00 (GMT+4), a vehicle with employees of television channels and news agencies who were sent to perform their official duties to Kalbajar district, liberated from the Armenian occupation, hit an anti-tank mine while moving in the direction of Susuzlug village,” the letter said. “As a result, two media workers and one government official were killed, and 4 more people were hospitalized with bodily injuries of varying severity.

Military Prosecutor's Office of Azerbaijan has opened a criminal case under the relevant articles of the Criminal Code, and intensive operational investigative actions are currently being carried out.