Deputy PM: those who fell from grace once can never redeem themselves 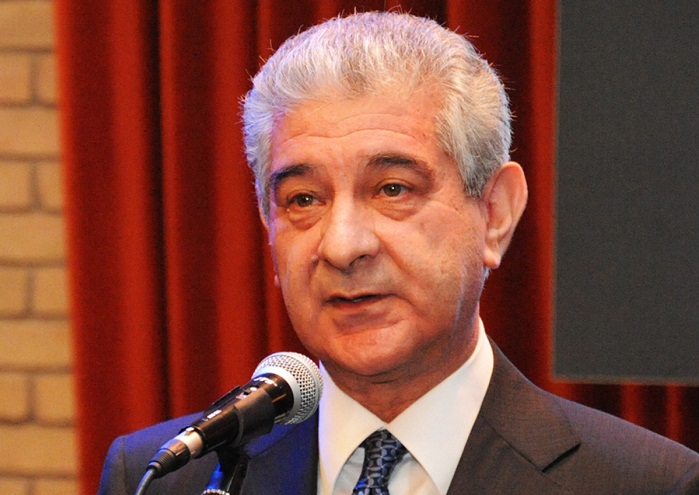 Twenty-six years ago, on June 4, 1993, the people rebelled against the rule of the Azerbaijani Popular Front-Musavat, Ali Ahmadov, Azerbaijani Deputy Prime Minister and Deputy Chairman and Executive Secretary of the ruling New Azerbaijan Party, wrote in a post on his Facebook page, Trend reports.

“Those who managed to stay in power for only 13 months were forced to resign by the demand of the people. The main threat to the newly restored state independence - undemocratic and unprofessional power - was eliminated,” as was stated in Ali Ahmadov’s post.

“Chaos, anarchy, arbitrariness, and separatism diving the country, all created by the government of the Azerbaijan Popular Front-Musavat tandem were eliminated with the return of the national leader Heydar Aliyev. The economic recession and total crisis were curbed, and the stability and prosperity that people were eagerly waiting for were ensured. A new stage in the history of independence and statehood began,” his post read further.

The Deputy Prime Minister reminded that in 1993, with the titanic efforts of Heydar Aliyev and Ilham Aliyev, Azerbaijan turned from being a country on the verge of collapse into a modern, strong, and prosperous country.

"Representatives of the previous government who once brought a deep crisis and civil war upon Azerbaijan have begun carrying out a smear campaign yet again, hoping that the horrors of 1993 were erased from the memory of the people. Just as the flag once raised will never fall, so will those who fell from grace once never redeem themselves," the post read.