Hikmat Hajiyev: Misinformation against our countries ongoing even today 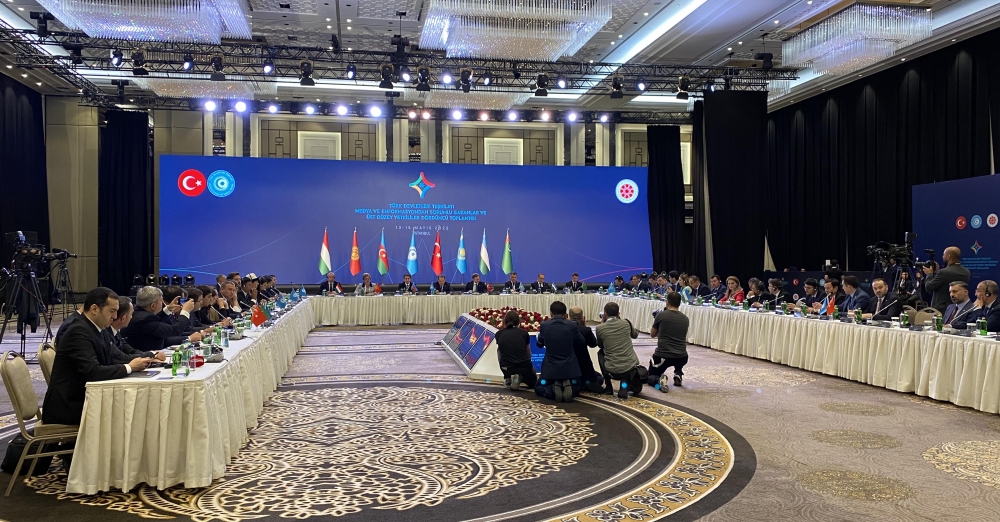 Stressing that the group, which was established within the organization to carry out joint work in a more systemic and coordinated way, would provide support for improving interaction between member states, Hikmat Hajiyev said that especially the decisions made by the two countries’ leaders at the 7th Baku Summit in 2019 set cooperation in such areas as media and TV as a target. We discussed very important issues at today’s meeting as the Turkic World, he said.

Thanking the state of Turkiye for successfully presiding over the Organization of Turkic States, the Presidential Assistant recalled the media forum, which was conducted a year before, saying that it was efficient in terms of not only the meeting of media leaders of the two countries, but also cooperation between relevant bodies.

Saying that the targets set by the leaders contribute to not just cooperation, but also moral closeness of the two countries’ peoples, Hikmat Hajiyev noted that misinformation and false news propaganda against the countries are ongoing even today.

“We have been under such attacks from the first days of Azerbaijan’s independence. Especially during the 44-day Karabakh war, we faced all the elements of a hybrid psychological war.

We have managed to deliver the truth and justice to the world thanks to the interaction and joint efforts of the Azerbaijani and Turkic media, like in all other areas”, the Assistant to the President noted.