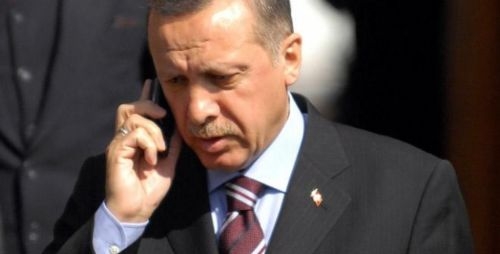 Turkish President Recep Tayyip Erdogan and Alexis Tsipras, the Greek prime minister, on Monday exchanged views on Cyprus peace talks in a phone conversation, according to a statement issued by the Turkish presidency, Anadolu reported.

The two leaders pointed out the importance of having a constructive attitude for all sides in order to attain a positive result from the negotiations in Geneva, said the statement.

Erdogan and Tsipras agreed the coming talks in Geneva could be an important opportunity for reaching a settlement.

The Cyprus reunification talks started on Monday in Geneva.

If a deal is reached on territorial changes, negotiators are expected to announce a date for a final summit between the Turkish and Greek Cypriot leaders and three other states involved in the process as guarantor countries: Turkey, Greece, and the U.K.

Reunification talks resumed in May 2015, and both sides have repeatedly expressed optimism that a solution would be found by the end of last year.

Once a final agreement is reached, it would be put to both communities in a referendum.

A UN-brokered peace deal was approved by Turkish Cypriots in 2004 but rejected by Greek Cypriot voters.